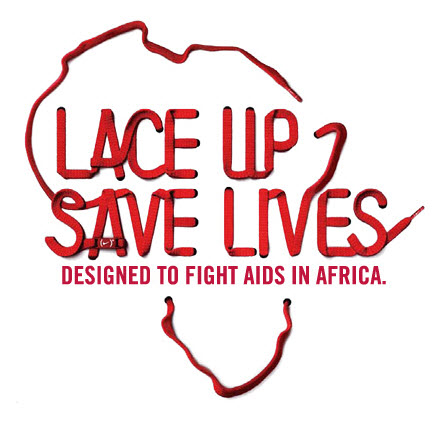 Facebook has an entire (RED) fan page, which includes a video explaining more about the campaign.  One of the neatest features you can do through the site is make a contribution.  It’s not just a donation though, it’s an entire store full of items, ranging from Starbucks gift cards, t-shirts, and even a red Dell laptop.  100% of the proceeds go towards the campaign.  Just by shopping, you could help someone with HIV/AIDS in Africa.

Google created a list of resources for users to learn about AIDS, along with a list of how one could get involved.

The biggest and probablly most unique part of the (RED) campaign is through Twitter. Users will notice Twitter’s homepage is all decked out in red but it doesn’t stop there.  Once users are logged in, and they tweet about World AIDS Day or use hashtag #red, that tweet will turn red once it’s tweeted.  You may also want to try tweeting hashtag #laceupsavelives, which is Nike’s campaign to promote their new product: RED laces, designed to fight AIDS in Africa.  The campaign also has it’s own Twitter account, worth checking out.

The RED campaign is just another campaign using social media to spread the message.  According to UNAIDS.org, there are currently 33.4 million people worldwide living with AIDS, while 2.1 million of those are children under the age of 15.  There were an estimated 2.7 million more people diagnosed  with the HIIV/AIDS last year.