Vine is Coming to Android 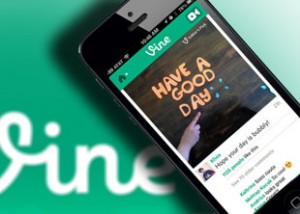 In a blog post I wrote back in January, I mentioned the launch of Vine, which at the time was a new social networking service launched by Twitter that allowed users to share six-second video clips without sound that operated similarly to animated GIFs. Since the video social network was launched in January, it has blown up in popularity, even though it still remains only available for iOS and Apple devices. It has consistently been among the top apps downloaded in Apple’s iTunes store.

In fact, after its launch, Vine’s users grew by 50% in a month and by the end of February, Vine was being used by 2.66% of all iOS devices in the United States. As Vine rose to the top, similar services such as Viddy, Cinemagram, and Socialcam began to rapidly decline in their user bases, even though they had all been launched months before the more popular Vine service.

One thing that has been holding Vine back a bit, at least thus far, is that it is currently only available on iOS and not available on platforms such as Android, Blackberry, and Windows Phone. Well, that’s about to change, at least for Android, the platform that tends to receive support for major apps like this long before Blackberry or Windows Phone, due to having a much larger user base. According to Twitter, Vine will be coming to Android’s Google Play store soon.

Though the exact release date has not yet been announced, there is still an app that Android users can use in the meantime while they wait for Vine’s official Android launch. Vine Flow is a mobile app that allows users to browse and discover videos posted on Vine, though it does not allow users to upload their own videos like the eventual official Vine app will. Until Vine’s official launch, Vine Flow is about the best that Android-using hopefuls are going to get.