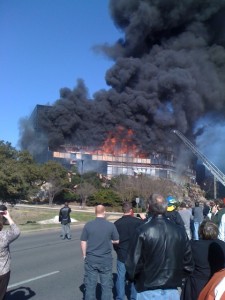 This morning, reports of a single-engin plane crashing into a building just north of Austin, Texas hit the airwaves and the web.  Local stations KXAN & KVUE in Austin had continuing live coverage of the crash with eyewitness reports.  And why eye-witness reports play a major part of how a story unfolds, social media users shared their views before any of the stations started covering the story. And as we have reported in the past, social media is changing the way we get our news.

While the story is still developing, here’s an overview of the story with how social media users have been reporting it.

The latest reports link a house fire a few miles away.  The home is own by Joesph Stack, who was reportedly having financial issues, and had some type of domestic dispute with his wife sometime Wednesday night.  His wife and daughter had left the house and spent the night at a local hotel.  However, when his wife and daughter returned, Stack was not home and the home was engulfed in flames.  Neighbors quickly rescued the two woman in the home and they are reported safe.  However, other neighbors captured pictures of the house fire and published the photo’s to CNN’s iReport.

Just minutes after the house caught on fire, a plane crashed into the Echelon building, home to several offices including the IRS.   Several eyewitness accounts said that the plane was flying just feet above the trees before making impact.

Minutes after though, all the social networks starting pouring in with pictures and video from the scene.

YouTube’s skiquel actually captured some of the flames from the fire and he pulled off the side of the freeway to capture this video.

This video is from user scotthayesonline, who captured video as he was driving by.  It looks like most of the fire was put out by the time he got there.

It’s a bit hard to see everything in garyinamerica‘s video.  He also captured the video when most of the fire was out, however he tries to show some of the glass from the building that made it’s way to the street.

YouTuber icebreaker7 works only a few yards from the incident, so he grabbed his camera and got in his car to get a quick look. This is what he shot. 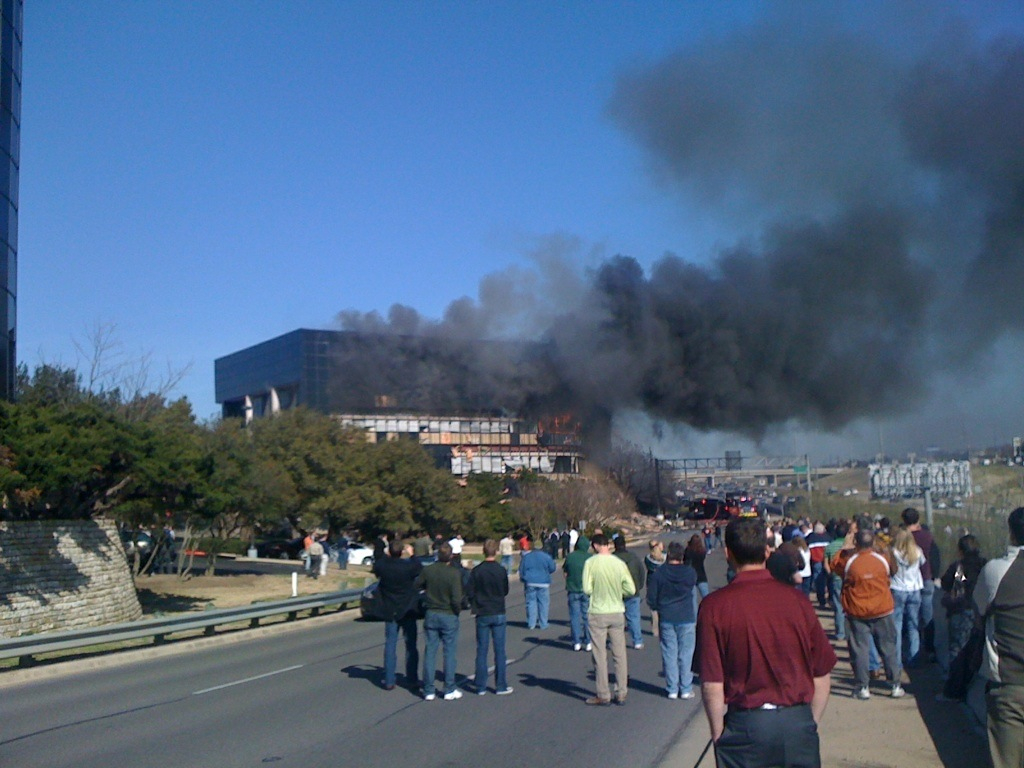 Twitter user @KenttneK posted this pictures to Twitpic.  He said, “A small plane just crashed into the old Midway Austin office I worked at. Same floor we were in. Whoa!” 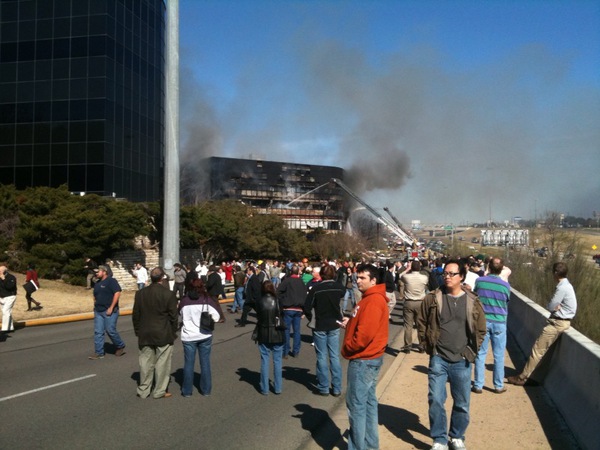 @kegerators was close to @KenttneK and took this photo once the fire was out. Twitter user @WacoBoard got a bit closer to the building and generated this picture which circulated around the social network.

Twitter also has a service for video known as Twitvid.  @lovinbrianne posted this videoafter the explostion “scared the living daylights out of us” while her and her co-workers were in a meeting. 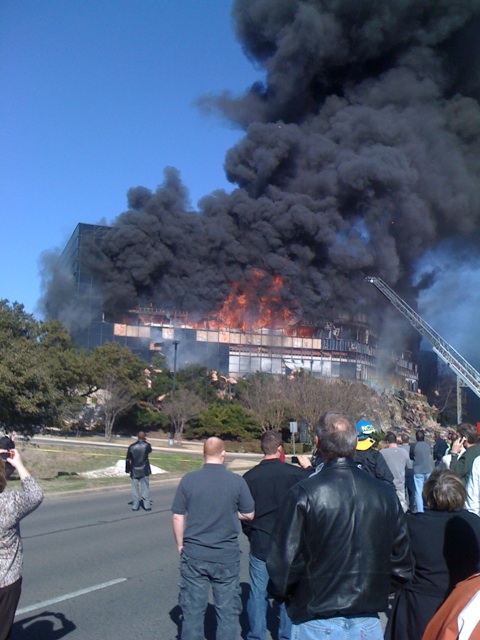 Just goes to show that people are everywhere, and we can get news about any event we really want.