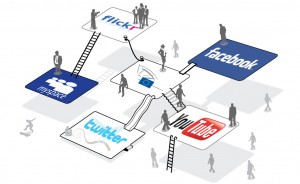 Much of the media attention surrounding social media sites casts the industry as nefarious plotters hell-bent on peddling your personal information for financial gain. But while marketing is certainly one facet of social media, most of the sites out there have broader expectations for their company than simply turning a profit. During the week of September 20, leaders from aroundthe globe will descend on New York to take part in United Nations Week. Andin an effort to expand the effectiveness of this event, Mashable.com, CNN and several other leaders in the online community will be coordinating their own Social Good Summit, serving as a round-table for discussion on how social media and networks can be utilized to solve the world’s most pressing problems.

In the true spirit of social media, speakers at the event will participate both in person and through video calls on Skype. Among the leading speakers are Chris Hughes, the co-found of Facebook and media tycoon Ted Turner. The event will also be open to any andall who wish to attend, as users will be able to interact online while the Summit is taking place.

During United Nations Week, diplomats will be discussing Millennium Development Goals, a series of objectives which are supposed to be achieved prior to 2015. The goals are varied—from poverty and hunger prevention to universal education and environmental stability. As the members of the UN work to remedy the world’s ills, the Social Good Summit will look at how social media and networking can be utilized to help meet these lofty goals.

“Every American and every world citizen has a stake in advancing the MDGs,” said Kathy Calvin, the CEO of the United Nations Foundation. “Yet many people are still looking for ways to have a positive impact. By coming together in partnership, we can make this happen. And when we do, the world will be a better place.”

One of the key partners in the effort is the UN Foundation, which works in conjunction with the UN to connect ideas and resources from around the globe to help solve global issues. Following the Social Good Summit on September 20, the UN Foundation will be sponsoring the Digital Media Lounge at 92nd Street Y. Through the Digital Media Lounge, users will have unprecedented access to UN officials and international leaders. It will also serve as a forum for experts in social media to collaborate with professional bloggers and journalists.

“Digital media are driving the involvement of millions of citizens, and delivering invaluable information and knowledge for development efforts,” said Calvin. “Through the UN Week Digital Media Lounge, we are helping make conversation about the world’s biggest challenges a truly global dialogue, driven by a digital pulse.”