Staying Home This Year? Get Some Gear

By Jason Thurston In E-commerce Basics 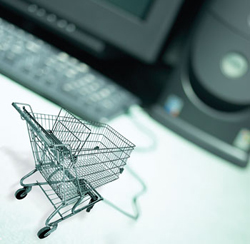 For many Americans it’s about that time to start planning spring and summer getaways. A couple of years ago that may have meant a visit to the Eiffel Tower, a week-long road trip to the Grand Canyon, or a few days soaking up the sun on a beach in Mazatlan. But, those days of excess have come to a grinding halt as the economy has worsened, and layoffs have proliferated.

This year has been coined the year of the ‘staycation.’ People are spending less, and staying home more. A recent Allstate poll found that nearly half of all Americans plan to cut back on travel in 2009. An International SOS survey found that 4 out of 10 Americans are reducing their international trips, and, according to a Zagat study 20 percent less people will travel in 2009 than 2008.

That doesn’t mean that people won’t be using their two weeks of paid vacation. In fact, more and more people are taking their vacations – at home. And, there’s good reason why they’ve decided to stay home. Even when gas prices are falling, airline fees are stagnant. In October, for example, airfares were up 10 percent. People could barely afford to fly a year ago, and this year it’s no better.

In many ways a ‘staycation’ can be just as relaxing as a vacation. First, forget about having to deal with loathsome airport security, long lines, and cramped coach seating. Taking a vacation in your home allows you to check out sights that have been right under your nose all along. It’s also an excuse to buy some new equipment for your home, or backyard in order to make your ‘staycation’ feel more like the real thing.

Retailers aren’t at a total loss, except for those marketing airline tickets, fancy hotel rooms, and international travel. There are still many products people will need to plan their dream ‘staycations.’