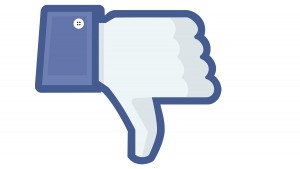 The Internet has been taken by storm after Facebook CEO Mark Zuckerberg’s announcement that Facebook is working on a ‘Dislike’ button. The Dislike button is one of Facebook’s most frequently requested features, likely because many other formats online (such as Reddit and Disqus) allow for a downvoting function to contrast the upvoting function that is equivalent to the Facebook ‘Like’ button. However, there are plenty of people who feel like a Dislike button would promote negativity, pettiness, and add to the existing problem of cyberbullying.

Most newswires seem split in their views; some believe that the Dislike button is a necessary feature that Facebook has been missing for years, while others believe that there is nothing good about the idea of a Dislike button. In either case, a lot of these newswires seem to be misinformed entirely about how this Dislike button is going to work. Mark Zuckerberg’s announcement specifically mentioned that he doesn’t want the Dislike button to be equivalent to Reddit’s downvote; he wants this button to allow users to show empathy and express themselves in more ways than the Like button currently allows, saying “Not every moment is a good moment.”

In reality, this upcoming Dislike button likely will not be as simple as a literal Dislike button. It’s more likely to take the form of a ‘Sorry’ button or something similar to that. This way, users would be able to express their condolences in situations like death, loss of a job, or the end of a relationship. Though Zuckerberg specifically mentioned that the Dislike button was being worked on it, it likely will not appear in the form that many people are expecting. The new feature, however it may appear, is likely to be rolled out in the coming weeks.

What Else Can Be Done with Social Networks?

When most people think about social networks, they see them as methods for keeping in touch with friends, family, and acquaintances. Social networks are frequently used for messaging, image sharing, and status updates, but there are so many more functions that social networks and applications can provide. With social media being a particularly competitive industry, most social networking companies are always looking to see what they can do for their user base that will separate them from the herd. For instance, Facebook has proven that their service can be used as a functional way to help people. Earlier this year, they launched a function that shares Amber Alerts with users in the area of a missing child, in an effort to make it easier for people to help.

There are other ways that various social networks are aiming to help people in ways that you might not expect. LinkedIn, which has functioned as a way to maintain a profile that potential employers can see, launched a standalone job search application last year, intended to help users find and apply for jobs easily. The application ensures privacy, so that users will not have to publicly declare that they are searching for a new job to their boss or co-workers. By separating these features in a dedicated application, LinkedIn hopes to make job searches easier for those in need of employment.

In addition to expansions of existing social networks, there are standalone social networking applications that are launching to provide helpful functions to users. For instance, Roomi launched in June as an application that makes it easier for people to find new roommates for their apartments and houses. This works as yet another example of how social media can work as a positive force, making tasks that once were difficult just a little bit easier. From everyday tasks like finding a roommate or a job to high-importance tasks like finding a missing child, it’s incredible to see what ways social media can benefit people. 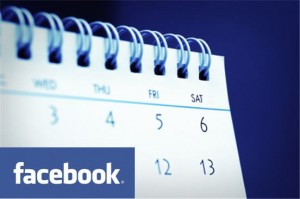 With the evolution of Messenger, Facebook has been doing its best to create standalone experiences that don’t necessarily have to work in tandem with the main social network. We’ve seen how Messenger has been evolving on its own; Facebook has been bringing new features to Messenger themselves and opening the platform up for third-party applications to provide users with even more interesting features. Most recently, it appears that Facebook is aiming to make the experience even more standalone. Since June, users have been able to sign up for Messenger without having active Facebook accounts, separating the app even further from the social network.

The success of Messenger has been very apparent, so it’s no surprise that Facebook is looking into creating standalone applications for other aspects of the social network. Facebook CEO Mark Zuckerberg has stated that Facebook Groups has 850 million active users, while Facebook Events has 450 million active users. Facebook has already launched a standalone Groups app, so it stands to reason that there could be an Events app coming in the near future, especially with Zuckerberg mentioning that Facebook Events had hit ‘global scale’ in a recent earnings call.

While Events may be next on the horizon for a standalone app, Facebook is also working on tweaks to the various utilities that will surely remain as part of the social network itself for the time being. Specifically, it seems that Facebook is planning on revamping Facebook Notes, transforming the area into a blogging platform rather than something that looks similar to other Facebook updates. The updates to Facebook Notes have not yet been rolled out to all users, but they show that Facebook is serious about updating every aspect of their interface and staying competitive with other platforms.