Every year, it seems many of us wait for the list to see which companies will make it on to the Fortune 500.  Well now, a few of those companies have joined a new list.  The Facebook 50.  The new group was created by The Big Money, an online magazine focusing on the important aspects of economics and money.  The list covers to top ranking companies who are using Facebook to the best of their advantage.

Many have questioned The Big Money, because besides Facebook, there are plenty of other social media platforms companies are using, Twitter for example.  However the website explains, “social media is highly fickle; there is some reason to think that as soon as a site becomes an effective platform for corporate promotion, its irrelevance is imminent. That could still happen to Facebook, and in the last several months Twitter has gained a lot of momentum and millions of users. For now, however, Facebook still offers several advantages over its rivals: size, return usage, and the depth and variety of what companies can do.” END_OF_DOCUMENT_TOKEN_TO_BE_REPLACED

The Truth About Cyber Monday 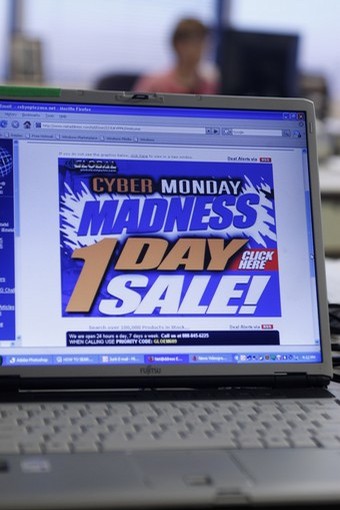 As I am sure you are aware, today is Cyber Monday.  A day supposed to be filled with discounts and deals for online shoppers.  While you will find many great deals, some are questioning whether Cyber Monday is real or just a smart business ploy.  It seems to be a bit of both.  Let me explain.

Just 4 years ago, in 2005, Shop.org coined the phrase ‘Cyber Monday’ in order to bring more traffic to their website.  A year later, hundreds of other online retailers jumped on board and started an Internet tradition.  While Black Friday, remains the biggest shopping day of the year, CyberMonday surprisingly is actually not the biggest online shopping day.  One year after Cyber Monday started, Scott Silverman, Executive Director for Shop.org, said “It was not the biggest day, but it was an opportunity to create some consumer excitement.”  END_OF_DOCUMENT_TOKEN_TO_BE_REPLACED

Wal-Mart And Amazon Battle It Out For Top Holiday Deals 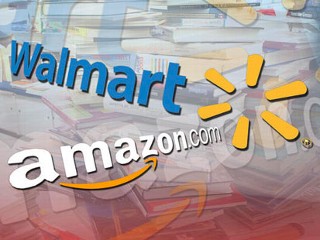 Let the chaos begin, the holiday shopping season has officially arrived.  While the world is an economic battle, another battle is brewing between many online retailers, most specifically between Amazon & Walmart.  Last Friday, millions of people started their holiday shopping, lining up to get their hands on some of the best deals around.  It turns out though that many skipped the lines and did their shopping exclusively online.

Data from Experian Hitwise shows that Walmart.com took the top spot for sales on Thanksgiving Day, while Amazon.com had the biggest revenue for Black Friday.  Unfortunately, Experian Hitwise said that among the top 500 online retail stores, the number of U.S. visits were down 15% on Thanksgiving Day compared to  the same day last year.  Online traffic on Black Friday was also down nearly 4% compared to 2008.  END_OF_DOCUMENT_TOKEN_TO_BE_REPLACED

From Rupert Murdoch teaming up with Mircosoft, to celeberating TweetsGiving this is what happened this week in the world of social media and on the world wide web.  END_OF_DOCUMENT_TOKEN_TO_BE_REPLACED 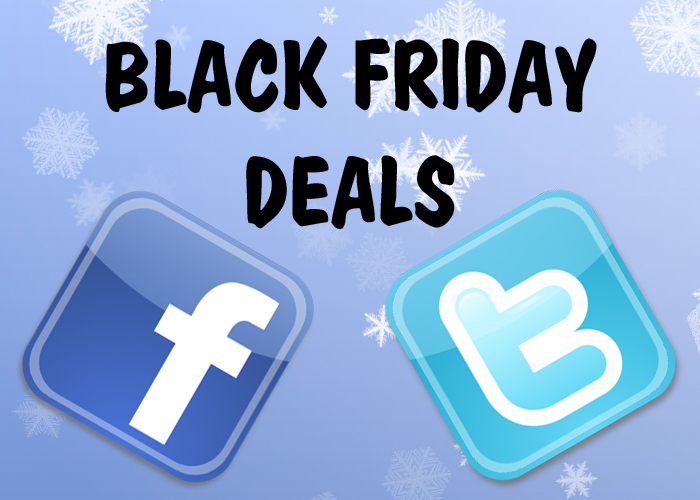 It’s hard to believe, but the 2009 holiday season is upon us.  For the past several weeks, we’ve told you about companies gearing up for the holiday season.  While the ‘official’ start to holiday shopping doesn’t begin until Friday, companies have been using the power of the Internet in order to attract customers. Black Friday 2009 will definitely be different from years past, as Twitter and Facebookhave become a regulare part of our everyday life. END_OF_DOCUMENT_TOKEN_TO_BE_REPLACED

Twitter co-founder Biz Stone assured reporters Monday that, contrary to popular belief, the microblogging website is not up for sale, and there are no plans for a sale.  However, Stone said Twitter may eventually go public on the stock market for funding if necessary.

“We are definitely not interested in selling the company,” he said.  Later on he suggested that Twitter could eventually eye an initial public offering (IPO). “If an IPO’s the only thing, then sure. But if there is some other way, then that would be great too. Maybe some other new way will emerge.” END_OF_DOCUMENT_TOKEN_TO_BE_REPLACED 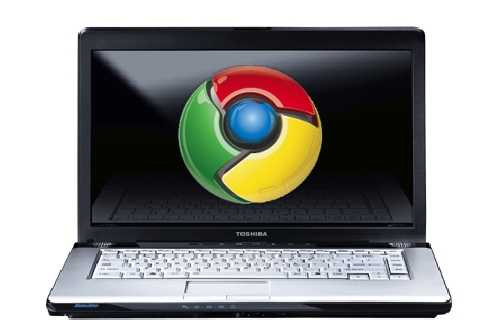 When you first heard that the Google Chrome operating system would bear the very same name as the Google Chrome web browser, you might have experienced some confusion. I know I did. “Why would a company known for innovation and creativity choose such an uninspiring name in the first place, let alone apply it twice?” I asked myself.

As it turns out, the second half of that question has a perfectly logical answer. With its already established, minimally designed Chrome browser and the soon-to-be released operating system, Google intends to blur the line between the two. In fact, the idea is to change the personal computing paradigm entirely. END_OF_DOCUMENT_TOKEN_TO_BE_REPLACED

Google announced this morning they have teamed up with Teracent, a San Mateo, Calif., advertising company.  Teracent has created some high-tech software and algorithms, which will help create automatic and real-time advertisements.

“We think that this technology has great potential to improve display advertising on the web,” Google’s blog said. “That’s why we’re pleased to announce today that we’ve entered into a definitive agreement to acquire Teracent. The transaction, which is subject to various closing conditions, is expected to close this quarter.” END_OF_DOCUMENT_TOKEN_TO_BE_REPLACED

It was just two weeks ago when News Corp CEO Rupert Murdoch said to Sky News Australia that he wanted to take News Corp websites off of Google.  This week, Microsoft has teamed up with News Corp to remove the sites from Google.  And at the same time, Murdoch paid Microsoft to include their results on their search engine, Bing.  END_OF_DOCUMENT_TOKEN_TO_BE_REPLACED

Over the weekend, James Roppo, vice president of Island Def Jam Records was arrested in Garden City, N.Y.  His crime: not tweeting.  Yes, as in not using the popular social networking site, Twitter.

Roppo was in Garden City with Canadian teen pop sensation Justin Bieber, who was supposed to perform a free concert for the several thousand screaming teen-aged fans who had waited for him, lining up as early as 4 a.m., at the Roosevelt Field Mall.  Several hours before the 15-year-old’s concert, things got out of hand and five people were taken to local hospitals with minor injuries.  END_OF_DOCUMENT_TOKEN_TO_BE_REPLACED