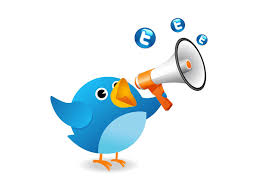 Yesterday, Twitter announced that it was launching a few new features related to its image sharing abilities. These new changes will allow Twitter users to tag other Twitter users in photos, something that social networks such as Facebook and Instagram have allowed for a long time. Up to ten people can be tagged in a photo on Twitter; this is useful for Twitter users who previously had to use some of their 140 characters to mention other Twitter users in their posts. Now, Twitter users can mention their friends and link them to images without having to shorten the accompanying tweets.

In addition to the ability to tag multiple users in Twitter image posts without using any characters, Twitter has also enhanced their photo sharing abilities by allowing users to share up to four photos in one tweet; these additional images will also not affect the character limit, and tweets will still be able to contain 140 characters in full, removing any user tags or additional photo links from the equation.

Though it’s obvious to see how these new updates to Twitter’s interface could be useful, some critics are not responding well to the updated features. The updates to Twitter have been compared to Facebook, and some say that this is pulling away from what Twitter is meant to represent. Many people like that Twitter is a very different social network than Facebook and enjoy the minimalism that Twitter represents by offering only 140 characters to work with when it comes to each tweet.

By adding in ways to offer more photos and more tags for friends, these critics believe that Twitter is transforming to fit standards that have been established by Facebook, and though this might be the best move for Twitter when it comes to evolving with the times, it may alienate some Twitter users who use the social network as a means of getting away from Facebook.

The Evolution of Social Network Security 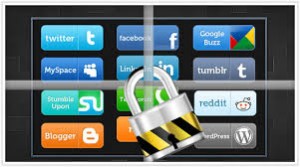 There’s an odd conflict in the world of social networks regarding privacy. Although social networks tend to be an arena for users to share information with everyone that they know, no matter if these are truly friends or mere acquaintances, the overall privacy of these social network profiles is constantly a hot-button issue. People want to be able to share private information with other Facebook users that they befriended after meeting them once in a bar, but are up in arms if that same information is accessible by strangers or the government. Though this split is a little bit silly in some ways, there are some genuine concerns to be had here and it is generally believed that Facebook and other social networks are doing what they can to protect what their users might consider private information.

It’s not just Facebook that’s been ripe for privacy breaches. Twitter and Snapchat have had issues with leaked usernames and passwords, which Snapchat responded to at the beginning of the year with privacy updates to its iOS and Android apps. It has been stated that Snapchat has added internal restrictions that make it more difficult for hackers to access private information such as usernames and passwords and Snapchat has also added security features allowing Snapchat users to opt out of the ‘Find Friends’ feature that uses their cell phone number.

Facebook has recently made their work on security a little bit more public so that Facebook users can see exactly what is being done in order to keep their own information private from hackers, government agents, and anyone else that might try to breach security. Some, however, do not trust Facebook regarding its relationship with privacy, and believe that Facebook’s acquisition of WhatsApp will lead to a lack of privacy in the popular messaging application as well.

One social networking and messaging application, Wickr, is already well-known for its impressive security and encryption features. The company has found a way to monetize their ‘Security Suite’ by offering it for sale to other social networks that wish to implement the level of privacy that is currently offered by Wickr, which has never sold user data or allowed any user data to be accessed by others. Wickr’s ‘Security Suite’ could be the wave of the future when it comes to social networking privacy. 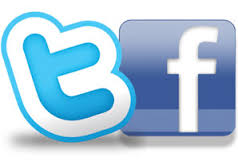 Perhaps due to the low attention span of millennials – the largest user base of social media – social networks like Facebook and Twitter often find themselves going through redesigns. Social networks like these have to be sure that they are keeping up with the times and integrating features that are practical for their users. Having a functional design is a large part of this, which is likely why Facebook and Twitter both recently went through redesigns of their own.

Twitter’s redesign came forth in early February and changed things quite a bit from a design perspective. The redesign was received with generally positive feedback from various news sources, as there has been a focus with this update to make sure the social network looks cleaner. Not to be left behind, Facebook rolled out their own redesign for its News Feed at the beginning of March.

However, it seems that even with these recent updates to the designs of Facebook and Twitter, neither company is satisfied with where they are at. A few people have already been able to view yet another new Twitter design update that seems to integrate aspects of Pinterest and Facebook. Though this is not a guarantee that the design will go through, as social networks have tested out designs in the past that never came to fruition, it is still possible that Twitter is looking into making an even larger update to their interface.

In Facebook’s case, they announced an overhaul roughly a year ago for their News Feed that never manifested itself. It is not yet known if this overhaul that was supposed to be launched last year has been abandoned entirely or if it is still an update that’s on the horizon. It’s possible Facebook is still making tweaks to it, especially seeing that other social networks like Twitter are making constant updates to their own interface. Either way, it’s very likely that Facebook and Twitter as they are now are not likely to look the same six months or a year from now. 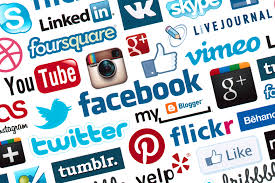 At this point in time, everyone has heard of Facebook and Twitter, and probably Instagram and Snapchat too. Whether or not certain people are willing to accept them, social networks are here to stay, and while there is a small group of social networks that everyone seems to have heard of, there are also plenty of smaller social networks out there trying to become the next big thing by offering new services and features that other social networks might not have available.

Some social networks are making a name for themselves by providing users with ways to connect that they previously did not have. For instance, Anchor is a social media network that is specifically for offices and allows users to keep their coworkers’ contact information in one easily available place. There are chatting functions and other options that make it useful for offices that want to stay connected with one another.

Another interesting social network that has been launched recently is Livewith.us, which is a social network for people who are looking for new roommates. As many people are fed up with the limitations of finding roommates on Craigslist, Livewith.us seeks to fill the void by providing users with a functional interface that allows users to find potential roommates that seem like they might be a good fit with one another. The social network even features some integration with Craigslist, knowing that it is currently the most popular way for people to find new roommates online.

There are also social networking apps that have delved into the ephemeral world that has been popularized by Snapchat. One prominent up-and-coming example of this is Wickr, which works similarly to Snapchat, only with a focus on sending temporary, self-destructing messages rather than sending photos. Wickr takes its security very seriously in order to ensure privacy of one’s messages. With new social networks and apps popping up left and right these days, it’s hard to tell which will be the ones that stick and which will fade away.