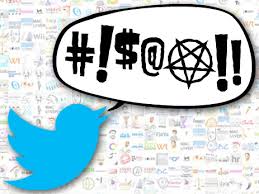 One of the problems that social media sites often face is where to draw the line between free speech and hate speech. Social media companies like Facebook and Twitter seek to give everyone a voice regardless of the opinions that they might have. The main problem with this is that some of the speech can affect others poorly and make them feel unwelcome when it comes to speaking out on their own.

Twitter decided recently to make updates to its hate speech policy after the terrorist attacks on Paris and the range of opinions being aired about the Syrian refugees on Twitter. They took the time to put the rules surrounding hate speech into different words. One of the main changes to the writing of the policy states that people on Twitter cannot promote violence against anyone on the basis of race, ethnicity, religion, age, disability, sexual orientation, national origin, or gender.

When Twitter finds accounts and posts that go against their rules they may react in one of several different ways. They can lock the account for a certain amount of time forcing users to wait before they are able to access their Twitter account again. Users may also be asked to delete specific posts that do not follow Twitter rules. In addition to these changes, Twitter is putting more policies in place to prevent users from creating multiple accounts so that they are able to switch to a different account to continue spreading hateful messages.

The goal of these changes is to hopefully stop the spread of hateful messages by both terrorists and other people. Twitter is especially concerned with shutting down terrorist accounts which promote violence toward others openly and seek to recruit new members. The social media site hopes that new policies might help them to reign in terrorist recruiting through Twitter.

Already, changes to the rules regarding hate speech have come under attack by Twitter users. Some say that it is one thing for Twitter to make changes to the rules and another entirely for them to actually follow through with enforcing these changes. There is some worry that they will not have the people they need to really look at each tweet to sort through ones that are hateful. Twitter is addressing some of these issues by extending the size of their team and giving users tools to report abuse more easily. 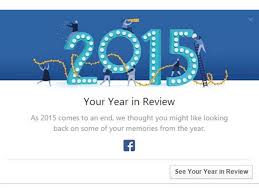 One of the great features of Facebook has always been the way that you can look back on the past year and reflect on the different things that have happened. Their “Year in Review” feature selects some of the different photos that a user has posted over the last year to compile a review of the entire year individual to each user. This feature allows users to easily put together a review of their year and display it for all of their friends to see.

In the past, Facebook received complaints about the pictures that were selected for the “Year in Review” since many of these pictures brought back unhappy memories for those who looked at them. People who were using the feature to put together a fun review of the year, felt that these pictures really ruined the experience for them. They didn’t want to remember some of the memories that Facebook brought up for them.

One father even wrote about the feature in a blog, speaking out about the “inadvertent algorithmic cruelty.” His main complaint was that there was no way to opt out of making a review and each time he went on his Facebook page, there would be a message that popped up asking him to make one. He had experienced a challenging year after losing his daughter and was frustrated that pictures of her kept popping up each time he went on Facebook as part of the message asking him to create a “Year in Review”.

In a response to the critique of the 2014 “Year in Review”, Facebook decided to change the way that the “Year in Review” for 2015 is put together. This year there are new filters that have been applied to the system to help it chose 10 photos that captured the year in a happier light. These filter out any pictures that your exes or people with memorialized accounts are tagged in to avoid bringing up bad memories. If you still don’t like the way that the “Year in Review” looks, there are easy features that allow you to edit out pictures that you don’t want and to select new photos. 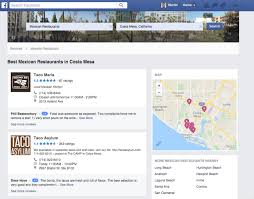 For a long while, Facebook has allowed its members to review the businesses that appear within the business pages of the site. This allowed people who were interested in a specific business to check the Facebook page for not only the hours of the business but also what others thought about it. This hasn’t been overly helpful to businesses who wish to be discovered by new people since it only allows a person to check out a business that they already know about.

All of that is about to change since Facebook is now testing a feature, known as Professional Services, which will make it possible for Facebook users to actually search for businesses that they might be interested in going to. The feature will allow people to search for certain types of businesses that are within a certain distance of their Facebook location or any location that they search for. This will make it much easier for people to find the businesses in their area and read the reviews to decide between them.

One of the main advantages that Facebook has over many review websites already out there is that users have to use their real names linked with their Facebook profiles in the reviews of the business. For many it is easier to trust people who are posting reviews that appear to all of their friends then it does some random people posting under strange usernames on an online site. Facebook users can read friends reviews and the reviews of other people who actually have their name displayed along with their review on the Facebook website.

Testing of the new feature has companies like Yelp and Angie’s list worried about the future with Facebook as a competitor. With Facebook getting more involved in the rating of different businesses, there is some worry that people will choose Facebook over any of the other review sites they may have frequented. Many people already have a Facebook account so they may be more likely to post reviews and look for business reviews on this site. These website’s need not worry for a while at least since the feature is still only in the testing phase of development.

The newest change to Twitter is its end to the photo cropping that ensured that all images were limited to a certain size on its timeline. Though Twitter began as a text only social media site, the site has since added the ability to post photos and even videos. Up until recently these were kept from dominating a timeline by being cropped to size, but now Twitter is allowing pictures to be viewed in full without a user having to click on the image to see the whole picture.

This new feature is sure to be a relief to all of the people who have previously been frustrated with the way that photos appeared. It is far simpler for users to scroll down their timeline without having to click on tweets in order to see the pictures in their full versions. Eliminating the cropping allows users to display photos as they are meant to see while allowing followers to easily look at pictures on the page. The new feature also changes the way that multiple pictures are displayed together to allow users to better show a collage of photos to their followers.

There is likely to be some level of frustration with the new photos among those more interested in the text part of the site since these are now overshadowing tweets without media attached to them. The photos take up a great deal of space in the timeline and are much more likely to gain focus from those scrolling through the page. Many people who joined the original version of Twitter might not be too happy about further changes to the focus of the site.

Twitter claims that it decided to make the change to bring the website up to date with the experience of modern media. It accepts that images are an important part of how people interact on social media and wants to add value to the way that photos are displayed within the website. Changes like this one bring Twitter into a better space to compete with other social media organizations such as Facebook and Instagram. 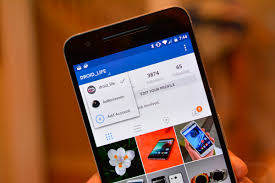 Instagram is fairly new to the social media world when compared to Facebook and Twitter, but its growing popularity with both businesses and individuals is causing some problems for those who need more than one account. Anyone possessing more than one Instagram account has to log out of one of the accounts just so that they can login to the other account. This can be a major complication for the posting process, making it so that many users have asked for some solution.

This doesn’t sound like such a big problem if you don’t have multiple accounts, but of course this is a complication for people who have Instagram accounts for work or for their business as well as personal accounts that they use with friends. You don’t want the people who follow your business on Instagram to see all of those selfies or pictures of your cat, you want them to get posts that actually relate to your business and make sense for this particular account and what it is made for. Unfortunately, is easy to forget to log out of your work or business account before switching over to using the personal one.

Instagram has finally addressed this problem making it easier for business owners, or anyone with multiple accounts to move between the accounts without logging out. The social media site recently began testing a new feature on their app for Android users. This feature allows Instagram users with multiple accounts to easily switch between accounts, avoiding the hassle of signing in and out on the app. The app allows users easy access to all of their accounts so that they can pick which one they are using with the click of a button.

For many people, the new feature is a long awaited one allowing them to easily go from a work account to their personal account and back without ever having to worry about making the posts in the wrong account. The feature will be getting a lot of love from small business owners, photographers, and social media managers since it will make their lives and multiple accounts so much easier to manage. It is also great for individuals who might want multiple personal Instagram accounts that they can use for different types of pictures that they might be interested in sharing. In a world where social media is prevalent both for personal and business related pursuits, this is one feature that can help a great number of people.