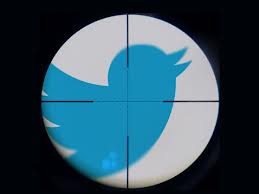 uary 1, Twitter let its users know in a blog post that the social network had been hacked and around 250,000 user accounts had had their information compromised. The hackers were reportedly able to access user names, passwords, and e-mail addresses, and those who were affected by this incident have been e-mailed by Twitter and instructed to reset their passwords to prevent any further tampering with their Twitter accounts. There had been evidence that there may had been a breach up to a week prior, but the company did not know the extent of the security snafu until the day it posted the announcement that the site had been hacked.

Considering Twitter boasts more than 200 million users, a compromise of 250,000 accounts is relatively a small percentage, but the company made sure to remind users of ways to help ensure that one’s accounts wouldn’t be compromised again in the future, such as using strong passwords, refraining from using the same password for multiple accounts, and disabling Java. The Twitter hack came only a few weeks after the New York Times and the Wall Street Journal were reportedly compromised by Chinese hackers, though Twitter did not suggest that their cyberassault was perpetrated by the same people.

Shocking social network users even further was the announcement on February 15 that stated that Facebook had been the victim of a ‘sophisticated attack’, which apparently had taken place in January when some Facebook employees visited a website that installed harmful malware on their computers. Again, the perpetrators are unknown and are not suggested to necessarily be related to the Chinese hackers that compromised the news websites or the hackers who had gotten through to Twitter. Also, unlike the Twitter hack, Facebook has reported that no user information such as e-mails or passwords was released in its attack.

Considering how much trust is given to these websites and how much potentially damaging information these sites and social networks contain, the fear of being hacked in the future might be something worth worrying about. Facebook and Twitter, however, have made statements that they are working rigorously to prevent further compromises, Facebook stating that they are working with law enforcement officials and other people in the industry to help prevent future attacks.

Facebook Error Shows How Connected to Social Networking We Have Become

For a short time on Thursday, February 7, Facebook reminded the Internet how connected it has become to social networking and, perhaps, how reliant we as a society have become on social networks such as Facebook. How did Facebook manage to do something so seemingly drastic? This all stems from a minor error that occurred with the Facebook Connect API (application programming interface).

The Facebook Connect API is used on many third-party (non-Facebook) websites to allow people to easily post news articles and other information from websites as links on their Facebook pages, or to easily ‘like’ or comment on these articles and related Facebook pages. Many social networks have connections to major websites like this; so many, in fact, that it has become pretty much commonplace for one to be easily able to post a link to a news article on Facebook or retweet it on Twitter at the simple click of a button.

Essentially, what happened on February 7 was that this API crashed, causing hundreds of websites such as CNN, NBC News, Hulu, The Huffington Post, BuzzFeed, Gawker, Pinterest, and many other popular websites that feature connectivity to Facebook also crashed alongside the API, causing visitors of those websites to be redirected to a Facebook error page. The error lasted for different amounts of time depending on the website, with NBC News reporting a twelve minute downtime, while Read Write Web reported an hour of downtime caused by Facebook Connect.

Reportedly, users on Twitter have referred to the incident as ‘Facebookmageddon,’ as the amount of websites affected by this problem ultimately affected millions of users on a very widespread scale. It is very interesting to see that something like this could happen and, considering how Twitter was recently hacked itself, where more than 250,000 users were compromised, it makes one wonder whether a skilled hacker abusing Facebook Connect could shut down hundreds of major websites all at once at some time in the near future. Regardless, it certainly is interesting to see how connected the Internet appears to be, simply through the usage of Facebook. 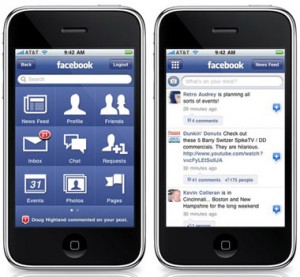 it was that long ago when social networking websites like MySpace hit the scene and began to surge in increasing popularity; in 2006, MySpace was receiving more visits than Google in the United States, and in 2008, Facebook began to take over as the king of the social networks, surpassing MySpace in the amount of unique worldwide visitors. As these social networks have risen and fallen, one commonality between the majority of these networks has been connectivity with mobile phones.

As I mentioned in a previous post, one of the downfalls of MySpace’s relaunching as ‘Myspace’ was that there was no working mobile app released alongside it. Neglecting the many, many people who primarily use their cell phones to access their favorite social networking websites was a fatal mistake that will likely prevent Myspace from reaching the large audience that it’s hoping for. To prove this point further, one must simply look at Facebook trends regarding mobile users.

Currently, the Facebook mobile application is the most-used mobile app in the world, beating out other widespread mobile apps such as Google Maps, YouTube, and Gmail. It’s also the mobile app that people use for the longest; according to recent information, 23% of the time people spend using mobile apps is used with Facebook. Comparatively, second place – Instagram – only uses 3% of that time. Needless to say, mobile apps are very important when it comes to social networking.

In fact, for the first time since the company’s launch, the number of active daily visitors that check Facebook using a mobile app on their cell phones (or tablets or other mobile devices) is higher than the number of people that check their Facebook accounts using a computer connected to the Internet. This is relevant for more reasons other than being displayed as an example of how cell phones and other mobile devices are changing the way we look at the Internet and the world. To Facebook (and presumably other social networks), this is especially relevant because of the potential revenue there is to be made.

Initially, in the months after Facebook’s stock went public in May 2012, the company had claimed that it wasn’t making ‘any meaningful revenue’ from its mobile apps. However, in August, Facebook updated its mobile apps to show ads to mobile users, as well as employing other advertisement methods to encourage users to ‘like’ certain pages for companies on Facebook. Since this change, mobile ad sales have accounted for 23% of Facebook’s advertising revenue, which equals about $306 million. With mobile revenue suddenly becoming very relevant, it should be interesting to see how Facebook and other social networks continue to capitalize on mobile apps in the future.

eason in the United States – which we are currently in the middle of – is, frankly, a little bit more horrible than usual. The CDC (Centers for Disease Control and Prevention) has confirmed that we have exceeded epidemic levels of influenza in the country, particularly regarding deaths, which one expert stated might eventually reach a death toll of up to 36,000 people. Between December 3, 2012 and January 12, 2013, there were 5,643 deaths from the flu and from pneumonia, according to the CDC.

This is certainly the worst flu season the country has seen since the swine flu outbreak of 2009. Initially, the CDC reported that flu activity was low early on in what normally would be considered flu season. This announcement, unfortunately, may have led to many people skipping out on their seasonal flu vaccinations; this in turn may have led to the disastrous flu season that has commenced since then.

In the world we live in today, where many of us are consumed by electronics, social networking, and the Internet as a whole, it is no surprise that people are finding ways to use the Internet and social networking to track and document this devastating flu season. One such instance is Google Flu Trends, a website launched by Google that allows visitors to view a map of the country (as well as other countries) and even check out how much flu activity there is on a state-by-state basis. These numbers are generated in real-time through Google searches related to the flu, based on the principle that there are more flu-related searches during flu season, alongside figures presented from the CDC.

In a similar vein, researchers at Johns Hopkins University have developed a way to track flu activity through those that are complaining about flu symptoms on Twitter; using special filters, it attempts to find posts with people discussing that they have the flu, rather than reactionary posts about the flu. Though these methods presented through Twitter and Google may not yet have the accuracy of the CDC reports, they do provide immediacy. The CDC releases weekly information regarding the flu, but the information is generally about two weeks old by the time they post their reports online.

Google Flu Trends and the Twitter filter are ways that social networking and the Internet can fill the gaps created by the long time that it typically takes for the CDC to post their statistics. There have been other projects recently that do similar things, such as ‘Sick Weather,’ a project that pulls from Facebook and Twitter to map certain contagious diseases. While there are obvious instances where certain important demographics are underrepresented, if not excluded (children and the elderly, in particular), these projects are all an interesting gateway to the future and how contagious diseases might be prevented or controlled using social networking technology in the future.