Twitter emerged as a new-age social network (a peculiar concept in itself as social media is still considered a modern technology) in 2006 with a bold and enlightening concept of mini-blogging – 140 characters or less, to be exact.

Today, Twitter’s booming popularity has inspired the development of new avenues to enhance social interaction among users, including the sharing of music files. However, Twitter’s most recent advancement allows tweeters to share audio files.

So, whether your fancy is to make the punch line of a joke more vibrant, an apology more sincere or even sing happy birthday to a friend, Twitter is now the place to be seen and heard!

Check out these five different outlets, thanks to Mashable.com, to capture audio messaging on your next Twitter post.

END_OF_DOCUMENT_TOKEN_TO_BE_REPLACED

Personal Data from Millions of Facebook Accounts Published in Torrent 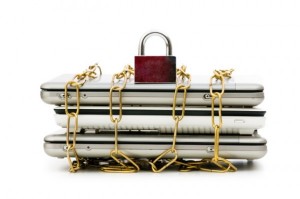 Up until recently, concerns over Facebook’s privacy settings and policies have been largely hypothetical, but that all changed today when Ron Bowes, an internet security consultant, uploaded a torrent to the web with personal information on 100 million users. Facebook has come under severe scrutiny in recent months for holes in their privacy settings and policies, and this recent divulgence of data exemplifies the amount of personal information that many Facebook accounts make readily available.

It should be noted that Bowes simply used information that was already open to the public by only including searchable Facebook profiles. So the information in his list could be acquired through a simple search engine query. The purpose of releasing the information was to raise people’s awareness of how much personal information they make available online, Bowes said.

END_OF_DOCUMENT_TOKEN_TO_BE_REPLACED

Last week we reported on women’s role in the ever-changing field of social media, and a recent report by comScore provides quantifiable evidence that women are making their presence felt through myriad social networks. “Women on the Web: How Women are Shaping the Internet” is a comprehensive report with statistics on social media usage, search activity and online shopping, among others.

Men have traditionally been the primary internet users, but women are now responsible for the lion’s share of internet usage, a trend which many attribute to the rise of social media. According to the report, over three-quarters of women visited social media sites during May, compared to less then 70 percent of men. And the trend holds true across all countries, not just the US. In Japan, South Korea and even Russia, women are the ones dominating social media sites. On average, women spend 30 percent, or 1.5 hours, more per month on social networks than their male counterparts.

END_OF_DOCUMENT_TOKEN_TO_BE_REPLACED

Looking for a simple way to integrate social media into your web business? Thanks to a new technology developed by Facebook engineer Matt Kelly, e-commerce professionals can now fuse the legendary popularity of Facebook’s Like application with the homepage of their website.

Currently, more than 350,000 websites have utilized this social plug-in to encourage the same interaction, feedback and excitement garnered by the mega trend of Facebook Like. On a side note, however, the technology is not affiliated with the official Facebook name and is considered to be a personal side project of Kelly.

“The script makes it possible to have Like, Recommendations, and Activity Feed features on any Firefox page you visit,” Facebook told Mashable.com.

So, how can you obtain the Like script on your website? The necessary technology is a simple Greasemonkey extension that sets the Like bar atop any web page (expect Facebook.com). Facebook Like is compatible with Firefox – as long as the Greasemonkey add-on has been installed – and Google Chrome, while Safari requires a Greasekit.
END_OF_DOCUMENT_TOKEN_TO_BE_REPLACED

When Daniel Ellsberg was trying to bring the information in the Pentagon Papers to light, it was difficult to find a viable means of disseminating the information to policymakers and the public. In order to garner media attention for the detailed, confidential war records, Ellsberg eventually had to turn the Papers over to the New York Times, who published the contents of the records in a series of articles. In an eerie case of history repeating itself, The New York Times, The Guardian and the German magazine Der Spiegel were recently given access to a significant cache of classified reports known as the Afghan War Diary.

But unlike Daniel Ellsberg and the Pentagon Papers, the source that brought the reports to public attention wasn’t a high ranking US official, it was a website. WikiLeaks, a website dedicated to publishing leaks while maintaining the anonymity of its sources, gave the three aforementioned publications access to the Afghan War Diary weeks in advance under the condition that they wouldn’t report on the information until July 25, the day WikiLeaks published the diary to their site.

END_OF_DOCUMENT_TOKEN_TO_BE_REPLACED 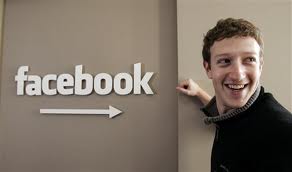 While most social media users are at least somewhat familiar with the innovative origins of Facebook, many remain unknowing about a collection of quirky facts that stem from its beginnings. But before we discuss the peculiar truths of this phenomenal social network, let’s examine a brief history of how Facebook came to be.

For those who have evaded any biographical knowledge about Facebook, here are the key points to remember. Facebook was launched in February 2004 as TheFacebook.com by former-Harvard student Mark Zuckerberg as a project of personal interest. Within the few short months that followed its debut, Facebook emerged as a smash across campus dorms and then – just a few months after that – it was extended to the students of Stanford and Yale where it became widely endorsed.

Shortly after, Zuckerberg – joined by fellow Harvard-students Chris Hughes and Dustin Moskovitz – transformed Facebook into a national marvel of student networking. Then, Zuckerberg and Moskovitz dropped out of Harvard to pursue the Facebook dream full-time, dedicating their lives to the paramount project. In August 2005, TheFacebook.com officially became Facebook and the domain Facebook.com was purchased for a reported $200,000.

And now, thanks to Mashable.com, you’ll find the juicy truth about Facebook as a startup with 10 remarkable and little-known truths.

END_OF_DOCUMENT_TOKEN_TO_BE_REPLACED

Utilizing Social Bookmarking and Directory Submissions to Promote Your Business

One of the distinct advantages of an online business is that many effective marketing tools, such as social bookmarking and directory submissions, are free and easy-to-use. But manually submitting your website or blog posts to these sites can be tedious and time-consuming, especially if you don’t have a preconceived plan of attack; haphazardly searching the internet for every site that will accept your submissions definitely isn’t the way to go. If you are looking to expand your internet presence through social bookmarking and directory submissions, here are a few things to keep in mind:

END_OF_DOCUMENT_TOKEN_TO_BE_REPLACED 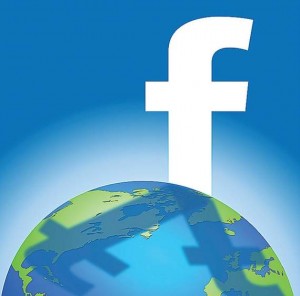 Earlier today, Facebook CEO Mark Zuckerberg announced via a blog post that the social media site has officially reached the 500 million user plateau. If you follow social media news scene with any regularity, this comes as no surprise. But the significance of this achievement shouldn’t be overlooked, especially since this may still just be the beginning for Facebook.

Facebook launched in early 2004, and it took the company nearly four years to reach 100 million users. From that point, Facebook’s growth has been exponential, with the latest 100 million new users added since February. And due to new mobile technology that allows people to access the site easier and more quickly, some are predicting that one billion users by the end of 2011 isn’t out of the question.

END_OF_DOCUMENT_TOKEN_TO_BE_REPLACED 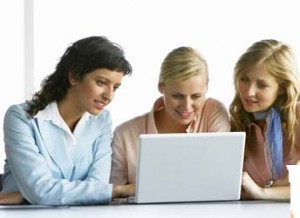 A short time ago, Jessica Faye Carter – an award-winning author and columnist – wrote a piece for Mashable.com that outlined “how social media presents women with increased opportunities for influence and professional development.” The feedback she received from readers (men and women), however, was heavily weighted with opinions that depicted women’s interest in social media as superficial “girl talk” or summed it up as a natural ability as “connectors.” Today, Carter presents a more in-depth examination to support her theory as to why social media presents women with a platform for professional gain and cultural influence.

Let’s start with the boldest reality: Of the 87 million women active on the Internet, an estimated 67.5 million women are engaged with social media, Carter explained. In fact, she claims that such an outstanding measurement clearly demonstrates that there’s a bit more to the story than the simple enjoyment of social interaction.

Sociolinguists denote women as innovators in communication, especially in regard to new forms of languages. Therefore, Carter began her research at the foundation of this principle and uncovered an impressive timeline of women’s innovative movements and cultural influence throughout previous centuries. Below are highlights of her findings.

END_OF_DOCUMENT_TOKEN_TO_BE_REPLACED 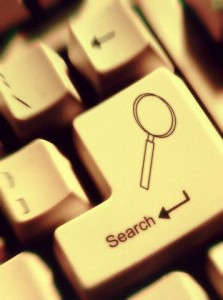 Google has spent years developing and honing their search engine algorithm to bring people the most relevant information on the web. And these efforts have been well rewarded. The name Google is now synonymous with internet-based searches, with the transitive verb “to google” now officially part of the Oxford English Dictionary. Most of us probably think of search engines as pragmatic tools which we use on a daily basis, but the fact of the matter is that search engines are a lucrative business, and Google is dominating the market with almost two-thirds of all internet searches.

In the past week—beginning with an editorial in the New York Times—there has been much debate as to whether or not the government should provide some sort of regulation over search engines. The article in the Times points out that when Google started they were a purely informational resource, providing an objective view of the web’s most relevant sites. Over the years, however, Google’s enterprises have expanded vastly, with maps, shopping, paid advertisements, email and litanies of other auxiliary projects. While business expansion is obviously a good thing, Google now has an incentive to promote their services above their competitors—which is a definite conflict of interest when, ostensibly, you’re managing an objective site.