Social Media: The Good, the Bad and the Ugly Social media is everywhere nowadays. It finds you in the morning during your commute to work, sneaking its way into a promotional radio announcement for concert tickets – learn more about this music spectacular via the station’s Twitter account. It’s embedded in the e-mail we read; Vanessa tagged a photo of you on Facebook and Nathan wrote on your wall. It’s even incorporated into the TV programs we cherish – visit Fox.com/Glee to follow us on MySpace, check out video extras and learn more about the cast.

With each passing day, social media becomes more institutionalized within our culture, and our ability to separate social media from ordinary life becomes opaque and jaded. Such a transformation – social media into the norm of everyday life – also encourages the public to use social media as a gateway for sharing of every kind of information without thinking twice.

Below you’ll find real-life examples of how society has embraced social media to portray the good, the bad and the ugly.

END_OF_DOCUMENT_TOKEN_TO_BE_REPLACED 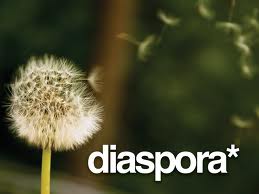 Are you one of many social media addicts who have been disappointed by the seemingly unjust privacy violations implemented by Facebook? Are you exhausted from worry of what might happen to your personal data with the topsy-turvy regulations set to protect your information? Would you like to rest assured that your social interactions on the web won’t come back to haunt you several years down the road?

If you answered yes to any of these questions, then you’ll want to pay close attention to a new social media platform that’s garnering favorability among social media consumers – and it hasn’t even been launched yet.

Diaspora, which has been coined a Facebook alternative by many, is an interactive online platform designed to grant social media users the privacy they demand matched with the social activity they crave. In fact, the social network’s founders – Daniel Grippi, Maxwell Salzberg, Raphael Sofaer and Ilya Zhitomirskiy – say it best in the following video clip.

Set to launch September 15, 2010, Diaspora developed an interim, promotional website to deliver an overview, that’s both creative and concrete, of what social media users can expect along with a platform for the inevitable, frequently asked questions. The website describes the soon-to-be-launched social network in saying:

“We are 140-character ideas. We are the pictures of your cat. We are blog posts about the economy. We are the collective knowledge that is Wikipedia. The internet is a canvas – of which, we paint broad and fine strokes of our lives with. It is a forward extension of our physical lives; a meta-self comprised of ones and zeros. We are all that is digital: If we weren’t, the internet wouldn’t either.”

To stay current with Diaspora news and events in the final days before its launch, visit the social platform’s blog and KickStarter page. 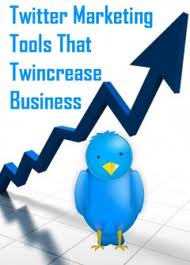 If you’re having trouble deciding which is more important – the quantity of your Twitter following or the depth of your relationships with your followers – rest assured that both are of equal value.

Now that your mind is uncluttered and free of question, it’s best to concentrate on how you can enhance both aspects of your Twitter account to ensure the most oomph for your efforts.

Below you’ll find five indispensible resources to establish successful Twitter marketing, thanks to SocialMediaExaminer.com, which zoom in on the following key areas:

1. Blast Follow
A must-have Twitter application, Blast Follow is a remarkable resource for e-commerce entrepreneurs who could use a helping hand in accomplishing the necessary grunt work to locate others in their industry. With just a single click, users can generate a seemingly endless list of followers.

So, how can such a near impossible task become so simplified? Quite easily in fact. The concept is based on a societal norm – the law of reciprocity – which states that it’s in the nature of humans to desire reciprocation (whether a friend or stranger) of actions.

This concept takes on a ‘you scratch my back, I’ll scratch yours’ appeal and, in this case, Twitter users seem to adhere to a loyalty to that says ‘you follow me; it’s only fair that I follow you.’

END_OF_DOCUMENT_TOKEN_TO_BE_REPLACED

5 Social Media Trends to Smile About 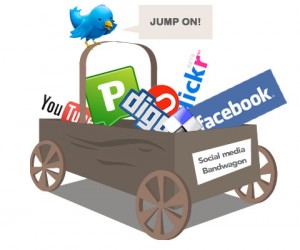 It’s nearly impossible to turn on the TV, tune in to the radio or surf the web these days without encountering the social media craze that continues to intertwine with all aspects of our daily lives.

The buzz question of a once reluctant, yet curious, populace is no longer ‘Why should I become active in social media?’ Instead, the hot-button issue of inquisition in recent days has become ‘How can social media benefit me?’

Therefore, we’ve comprised a list of five social media trends, thanks to Mashabale.com, that provide consumers with a variety of perks and rewards, in addition to the in-demand essence of social media itself.


1. Social Scanning
The development of the Smartphone has granted users instant access to a magnitude of informational and social resources online. Most recently, these newage applications have yielded the convenience of comparison shopping to Smartphone users through barcode scanning technology.

END_OF_DOCUMENT_TOKEN_TO_BE_REPLACED 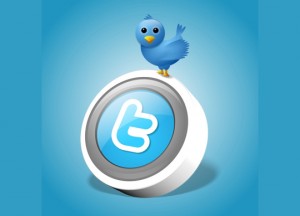 One of the most remarkable aspects of social networking sites—and the internet in general—is the ever-increasing amount of interconnectivity between various sites and services. From RSS feeds that bring personalized news information straight to the never-ending web of social media outlets, there is an incessant drive to keep people connected. No site is as committed to this trend of continuous updates than Twitter, and they have recently made this easier than ever for their users with an official “tweet button.”

Twitter developed the button as a way for internet users to count how many times an article has been retweeted and to give readers an easy means of propagating information. Up until the release of the button, which Mashable.com originally reported on last week, TweetMeme had been the sharing service of choice for Twitter users, with about 750 million retweets per day. The company will now be teaming up with Twitter to improve the functionality of the button and troubleshoot some of the inevitable problems that will arise following its debut.

END_OF_DOCUMENT_TOKEN_TO_BE_REPLACED When it comes to starting up a business blog, most people find themselves overwhelmed from the get-go. There’s much more than posting to account for when strategizing for a striking blog, in fact, the key areas to consider are the theme, topics, audience, design, multimedia and promotion. Plus, if you haven’t already chosen a domain name for your blog, that’s a primary feature you’ll want to carefully develop to represent your brand most effectively.

To keep things simple, however, we’ve selected the five most prominent must-haves for any business blog. This should to get you started sans the headache and hassle of sorting through an overwhelming to-do list. Business blogs often lack originality thanks to a corporate misconception that they need to be branded with overpowering images and text or visually underdeveloped and boring.

END_OF_DOCUMENT_TOKEN_TO_BE_REPLACED 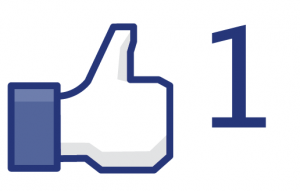 There’s a consensus in both the business and online communities that social networks will play an integral role in the future of commerce. As such, it’s important to establish an online presence for your small business now, while the industry is still young and you aren’t too far behind the curve. And as the king of social networks, Facebook should be one of the primary focuses of your online activities.

Although it started as a site purely dedicated to social networking, Facebook is constantly adding new features catered towards businesses, clubs and organizations. If you are just getting started, the fist line of business is to create a fan page. Note that this is different from a personal profile, and it’s an important distinction to make because the two profiles function differently and have different security options. A fan page will also provide you with analytical information that you can use as a gauge for how your strategy is working.

END_OF_DOCUMENT_TOKEN_TO_BE_REPLACED 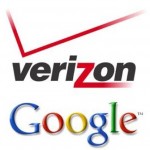 Now that details of the potential deal between Google and Verizon have been made public, it doesn’t appear to be the diabolical plan that many made it out to be. But it still has great significance for the ongoing debate on net neutrality. On Monday morning, Google laid out the details of the proposal in a post on their Public Policy Blog.

According to Google, the purpose of the proposal is “to protect the future openness of the internet and encourage the rapid deployment of broadband.” Since both of the companies are monoliths in their respective industries, their proposal for an “open internet” is sure to spark some serious debate. Although the proposal is extensive and complex, you can understand the gist by looking at the companies’ two stated goals:

END_OF_DOCUMENT_TOKEN_TO_BE_REPLACED Such a roll out couldn’t have surfaced a minute too soon as animosity among Google’s users has been brewing worldwide in response to multiple disappointing oversights by the social network. Most notably, a formal letter to Google orchestrated by 10 nations to express deep concern about the lack of privacy regulations in the company’s recent debut of Google Buzz.

Now, more than ever, Google fans are craving a little reassurance about why they’ve pledged their cyber loyalty to the enterprise. And now, thanks to Google’s Gmail enhancement, supporters can rest assured – for the meantime – that the network is powering through their obstacles to provide a better overall Google experience.

Gmail members can now look forward to new features that include:

END_OF_DOCUMENT_TOKEN_TO_BE_REPLACED 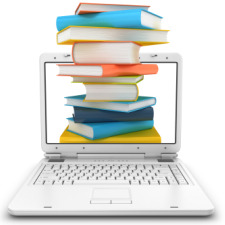 It’s not uncommon to think ‘geez, what’s next?’ when you consider the thousands of new social media applications that surface daily. As a society, our astonishment with the basic utility of networks like Facebook and Twitter has become feeble and impatient.

Today, excitement is fueled by stellar advancements in emerging technology such as the iPad, while the hype regarding simple applications like BreakkUp and Pandora is usually generated partially by the anticipation for something – anything – new.

Degree of public interest aside, the overarching commonality among all forms of social and emerging technologies is the simple fact that they connect users through an endless span of preferences, thoughts and searches. In fact, this newage trend is garnering public interest Webby-worthy technologies and the possible integration of these elite systems into the online platforms of crucial American industries – specifically education.

As the nation’s second largest enterprise (just behind healthcare), higher education – according to Mashable.com – is “experiencing a similar shift as it struggles to adapt traditional design and delivery models to the demands of modern audiences who are accustomed to digital interactivity.”