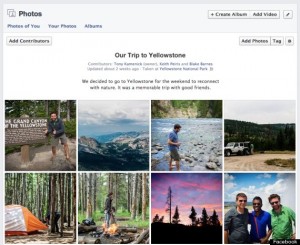 Though some may not realize it, the major social networks are constantly evolving, regularly pushing out new features and making tweaks and updates in order to stay relevant. Historically, when social networks cease to make an effort to keep upgrading, they get left in the dust by newer social networks that are willing to constantly try out new things. This might be part of the reason why Facebook wound up the ‘winner’ of the social networks when websites like MySpace and Friendster were unable to keep up.

Most recently, Facebook’s newest update to its interface is the inclusion of shared photo albums that can be used by up to fifty people. These shared photo albums have been launched for the purpose of multiple people being able to add photos from an event or that share a common subject into one consolidated album. Each person that is allowed to contribute to the album is able to add up to two hundred of their own photos, meaning that a full shared photo album can reach ten thousand images.

Before the launch of the shared photo albums, users could previously only upload photos to albums that they had created and there was a limit of a thousand total images. The new shared albums also feature a few different privacy settings; they can be viewable by the public, by friends of the contributors to the album, or only by the contributors themselves, making an easy way for groups of friends to have their own shared private photo albums.

Facebook is not the first social network to delve into shared photo albums. Mobile apps like Albumatic and Flock based their platforms on group photo albums and will likely be hurt by Facebook’s move into their territory. Google Plus also has long featured a similar function through its Party Mode, where users can share photos and videos in real time for guests of a certain event. 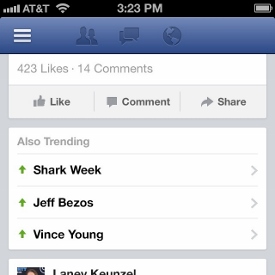 Facebook has been pushing a number of new features lately. Recently, I talked about a few tweaks that the social network would be making to the News Feed, but the News Feed is not the only area of Facebook that is getting tweaked. One recent report mentioned that Facebook was working on testing a new group chat feature, with hopes of competing against Google Plus’ Hangout feature and applications like WhatsApp. The new feature is supposedly called Host Chat and will be launched from the status bar to create group chats.

Another feature recently enabled by Facebook that took a cue from Twitter and Instagram was the ability for users to embed Facebook posts on their own websites and blogs. Though embedded posts must be posts that are marked as public on Facebook, the feature is being first used by news sites such as CNN, Mashable, and the Huffington Post, and will work similarly to how Twitter has allowed embedded tweets for quite some time.

In another instance of Facebook adopting ideas from its competitor Twitter, on top of hashtags and embedded posts, Facebook has also begun testing the usage of trending topics. On Twitter, trending topics allow users in certain areas to see what subjects people are talking about via their Twitter posts and now Facebook appears to want to jump on the bandwagon and add trending topics to their platform as well.

Trending topics on Facebook are being pushed out slowly, with only a small select number of users currently able to access them. It is likely that Facebook will eventually look for promoted trends as a source of income, considering Twitter charges around $200,000 per day for their promoted trends. Many of these new Facebook features seem to be pushing the social network in a direction that is further away from Facebook’s origins as a purely peer-to-peer social network and closer to its new focus as a more public forum. 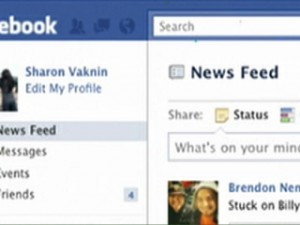 At the beginning of August, Facebook announced a press event that would be focused on finally clearing up some of the confusion regarding how the Facebook News Feed works. In particular, they wanted to explain why certain Facebook posts show up in users’ News Feeds while others might not. In addition to that, they stated that there would be announcements about some changes to the News Feed at this press event, which would help users see the posts that they were more interested in.

On August 6, Facebook held this press event and explained exactly how different posts are ranked in the News Feed. The posts are prioritized based on how much one interacts with a certain friend, Page, or public figure, the number of likes, shares, and comments that a post received, how much a user has interacted with that type of post in the past, and whether or not that post is being actively hidden or reported by other users. Facebook has acknowledged that there are over 1500 potential posts the average user might see a day, so they recognize the importance of trying to give priority to certain posts in each user’s News Feed.

In addition to offering more information on how the News Feed works, the press event also operated to announce that Facebook would be taking a page from Google and would start publishing blog updates on how the News Feed algorithm was going to gradually be changed. Facebook employees have said that there are a number of tweaks that are going to be coming to the News Feed in the near future and some of these alterations have already begun to surface.

The newest addition to the News Feed algorithm is that it will now take popular stories – particularly, one that’s getting a lot of comments and likes – and will put it at the top of your News Feed to make sure that you don’t miss it, even if it was posted earlier on in the day. This is the first change to the News Feed that Facebook has made and in the future, it seems they will be making a lot more to ensure that the News Feed remains a relevant part of Facebook. 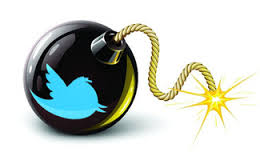 Recently, Facebook and Twitter alike have come under fire from certain activists and advertisers regarding hate speech, particularly that of a misogynistic nature. In May, after a weeklong campaign by a number of women’s groups who had organized themselves under the name ‘Women, Action & the Media,’ Facebook was the first to fall in line regarding a stronger effort being made against pages that made light of rape, violence, or other degradation against women.

Facebook was truly under pressure; fifteen major companies had dropped their advertising in response to Facebook’s negligence for allowing hateful images that gratuitously encouraged violence against women. It’s no surprise that Facebook stated that they were going to be cracking down on these sorts of images and pages, considering it would not only be the best thing to do from a moral standpoint, but also from a financial standpoint.

Similarly, Twitter came under fire in early August, particularly in regards to a number of threats that had been made against female journalists and female members of parliament in the United Kingdom. Twitter intends to add a ‘Report’ button – which is currently only available on the iOS Twitter app – to Android and Twitter.com next month, so that Twitter users can more easily report abusive behavior.

The addition of this ‘Report’ button is likely due to a prominent online petition that garnered more than 128,000 signatures regarding the addition of this feature. Considering some of the threats against these women were threats of rape or bomb threats, it’s vital that Twitter update its rules and interface to ensure that people can feel safe on their social network. Facebook and Twitter moving forward with these calls to action against misogynistic hate speech are certainly necessary, though it remains to be seen how effective the social networks’ efforts will be. 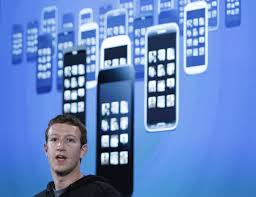 Facebook has offered games for a long time, with popular games such as Farmville and Mafia Wars becoming worldwide phenomena. It’s no surprise – especially with Facebook’s recent pushes towards mobile advertising and the steady rise of mobile Facebook users – that Facebook has recently announced that they will be delving deeper into the mobile gaming industry. Mobile gaming on iOS and Android has also been increasingly popular in recent years and Facebook stands to potentially gain a great deal of revenue this way.

There were rumblings about a month ago that Facebook was looking into mobile gaming, and it seems that those rumors are true. Much of the revenue generated from Facebook comes from virtual currency transactions in their aforementioned social network games, so it’s definitely a financially viable idea for Facebook to get more involved when it comes to gaming.

Essentially, what Facebook will be doing is acting as a publisher to smaller game development companies. In return for a portion of the overall revenue of the game, Facebook will focus on the marketing and distribution of these games. Many of these smaller developers have difficulty competing with larger companies such as Zynga and Kabam, which is why partnering with Facebook will be beneficial to all: to developers looking for a better way to market their games, to Facebook looking for new sources of revenue, and hopefully to gamers who are looking for new, interesting mobile games.

Facebook made the formal announcement that they are getting into mobile game publishing at the Casual Connect conference in San Francisco on July 30. They have partnered themselves with roughly ten developers including Brainbow, Kiwi, and Space Ape, among others. Though traditional games publishers tend to have a hand in the development process, Facebook will stay out of funding and overseeing development and will put the majority of their focus into marketing and analytics tools.