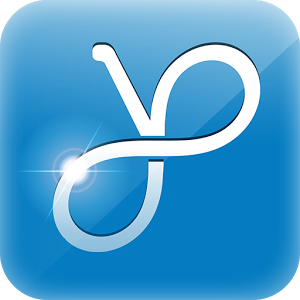 There are plenty of question and answer applications (or Q&A apps) available for mobile phones. Some of the more popular ones include Jelly, Need, and ChaCha. While ChaCha focuses on getting a question answered quickly (by a staff member who’s presumably an expert Googler), Jelly and Need are more focused on the social components of asking questions and answering them, which is something that the new iOS app Pyne tries to build off of.

While many people seem fatigued by the amount of Q&A apps that have been released recently, early news reports say that Pyne seems to break the mold with its fast, simple, and well-designed approach to polling. Users of Pyne can set up a Yes/No or multiple choice question and easily poll either their friends or all other users of Pyne. The questions are loaded very quickly and others with Pyne are presented with them to answer as soon as they are added.

In addition to being able to ask and answer questions, Pyne users can also talk with one another on the results page of various polls. The answers can also be filtered by different demographics. Eventually, it is expected that Pyne will further increase its range of use, potentially for dating or other purposes. Regardless of its future, Pyne as it currently exists already holds a lot of potential, especially if its user base continues to increase so that more questions can be asked and answered. Currently, the app is only available for iOS; plans have not yet been announced for an Android edition.

Yo: The Simplest Social Network 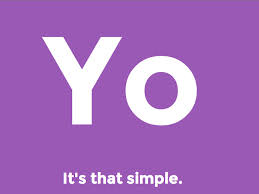 Since social networks began to expand outside of their initial target audience, simplicity has been something that many companies have focused on. Twitter only allows users to have 140 characters to communicate messages to their friends; Snapchat only allows users to look at their pictures for a few seconds; even Facebook and other major social networks have gone through major changes in order to make themselves more accessible to new users. Yet none have been quite as simple as the new hot social messaging application known as Yo.

Yo is about as simple as it comes — it simply allows users to send a single greeting to their friends: “Yo.” The application says that this greeting is all-encompassing and can be sent to friends if you want to say ‘good morning’ or ‘thinking about you’ or ‘are you awake’ or anything in between. Though the basic premise of the app seems pretty silly, Yo has already garnered $1 million and its creator has relocated from Tel Aviv to San Francisco, where the social media industry is booming.

The creator, Or Arbel, believes that there are many potential uses for his admittedly simplistic app. Companies like Starbucks could send a “Yo” when your drink is ready or airlines could send a “Yo” when it’s time board one’s flight. The app was launched on April Fool’s Day this year and is only recently beginning to surge in popularity, already with over 50,000 users who have sent out nearly 4 million Yos. Arbel believes the efficiency of Yo is its true selling point (it takes 11 taps to send “Yo” in WhatsApp, while it takes only 2 taps to send “Yo” in Yo). Still, some people are highly critical of the app’s simplicity and it remains to be seen whether the application will take off. 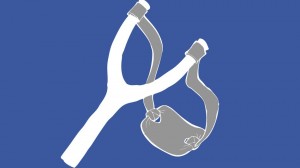 On Monday, Facebook briefly teased users (albeit accidentally) with a new standalone app called Slingshot, which appears to be their newest foray into creating a Snapchat competitor. Facebook previously attempted to compete with Snapchat using an app called Facebook Poke, which never really took off and was ultimately removed from the app stores after a year of failing to threaten Snapchat’s popularity. However, Slingshot differs in a few major ways from Facebook Poke and Snapchat, though it still maintains the ephemeral self-destructing nature of these previously existing apps.

The largest way that Slingshot differs from Snapchat is that users are required to send something to their friends in order to unlock the picture that has been sent to them. For instance, one person may ‘sling’ a photo to a friend, but that friend cannot see the photo until they ‘sling’ something back to the person who sent the initial photo. Some news sources are already skeptical about this feature, considering it could make it quite difficult to send reaction photos, which is something that is easy with Snapchat.

Slingshot emulates some features associated with other apps, such as Taptalk and Rando, which supposedly influenced the creation of the app. Though the Slingshot app is already intriguing, it was only available on the iOS App Store for a brief period of time. A Facebook spokesperson stated that Slingshot was accidentally released early, but that an updated version would be ready soon for users to try out. There is not yet any word on when the app will return to the market or when an Android version will be released; it also remains to be seen what additional features may be added to the app before it is finalized. 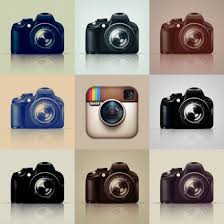 On Wednesday, Instagram made an announcement through their official blog that they would be adding some major updates to the Instagram formula, effectively launching what they’re referring to as Instagram version 6.0. The primary focus of this launch appears to be new creative tools that can be used for people who like to take pictures via Instagram but want to be able to make more edits to their photos.

It seems that Instagram noticed that plenty of people were posting photos using their mobile app, but far fewer were editing their photos, turning to other apps such as VSCO Cam or Litely. Instagram appears to want to be an all-in-one photo app, allowing users to upload, edit, and share their photos with relative ease, all without having to use multiple apps or separate social networks.

The tools that have been added to Instagram include the ability to adjust filter strength, brightness, contrast, warmth, saturation, highlights, shadows, vignette, as well as being able to further sharpen, crop, or straighten one’s photos. The features have been implemented with simple sliders that make it very easy for anyone to make edits to their photos. Many existing apps that feature these photo editing features are either expensive or cheap but not especially functional; Instagram hopes that including these features for free will allow cell phone photographers to create the photos they want for free without having to delve into different apps to find the best choice.