Ever wanted to be able to accurately measure your social media presence via hard numbers and data? Twitter understands that many people use Twitter to make a name for themselves, whether that means promoting a product or a website or trying to get attention as a comedian or blogger. There are an enormous number of uses for Twitter and the release of Twitter’s Twitter Analytics program allows Twitter users to better understand how frequently their tweets are being viewed and reacted to (referred to as ‘impressions’ and ‘engagements’ respectively).

Twitter Analytics was quietly being tested roughly a month ago and finally received a widespread release yesterday. Twitter Analytics is available to anyone who has had a Twitter account for at least two weeks, due to the fact that the Analytics provided are only available for the past two weeks. Prior tweets are not counted. Though this aspect may be a bit disappointing, it still allows for an eye-opening change in Twitter’s future, allowing everyone from business executives to cruise ship comedians to see their precise Twitter presence.

Though the ‘average’ Twitter user may just consider this to be a useless function, this addition can mean the world to people who advertise using Twitter (which is an ever-growing number of people and businesses). Twitter users will be able to monitor trends of what makes their tweets popular and what helps to encourage others to interact with their tweets. Currently, Twitter Analytics is only available via the computer; there is no word yet on whether its features will be extended to mobile usage.

When Facebook was initially launched in 2004, it was geared only as a social network for Harvard University students. During this period of time, teens and technology-savvy adults were dipping their feet into other social networks like Friendster and MySpace and business-oriented networks liked LinkedIn were also being launched. Eventually, Facebook expanded to allow other college students to join, which in turn led to high school students, until eventually anyone over the age of thirteen was able to join Facebook.

I remember a time not very long ago where the mention of Facebook would usually bring a confused look to a person’s face. These days, Facebook and other social networks like Instagram and Snapchat are ubiquitous. Everyone’s hearing about them and more than a billion people on the planet are using them. Even though children don’t meet the terms of use for networks like Facebook and Instagram, there is no proof of age required to create an account. Thus, kids are on Facebook and other social networks, and there’s not much that can be done about that.

However, there may be ways for parents to better introduce their children to the world of social networking, considering they will inevitably find out about it themselves. After all, these days, posting a picture of a newborn baby on a social network is extremely commonplace; these kids are already on social networks whether they like it or not literally as soon as they’re born.

One social network that has recently been created specifically for kids is called Kuddle, which is essentially a facsimile of Instagram that has been designed for kids to be safely introduced to social media and share pictures with their friends. Thanks to security and safety features, photos must be approved by parents who are notified every time their child uploads a picture. There are no comments allowed on photos, which is intended to prevent cyber-bullying, although kids are allowed to draw on their own photos and add captions.

We currently live in a world where children are going to be exposed to social media at younger and younger ages. Many people I knew growing up got their first cell phones in high school, but it’s become more and more common for parents to purchase cell phones for children as young as eight years old or even younger, often for safety reasons so that children can more easily stay in contact with their parents. Cell phones and social media are nearly interchangeable these days, so it’s probably a good thing to find safe and positive ways to introduce children to social media like Kuddle. 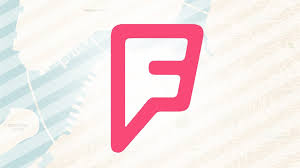 It was announced in the springtime that Foursquare would be undergoing changes to make it relevant to the modern world of social networking. This change started out with the launch of Swarm, which eventually took over the ‘check-in’ feature that was originally associated with Foursquare. Just this past week, Foursquare finalized its own changes and the app that was once known as Foursquare is no more. Featuring a new logo and a completely new interface, Foursquare is a completely different beast than it once was.

In fact, Foursquare is hardly a social networking app in the way that it used to be anymore. It has nothing to do with sharing your location with friends (this function has been taken over by Swarm). Instead, its focus is to recommend restaurants, bars, and other venues to its users based on the user’s tastes, which are entered when the new Foursquare is booted up for the first time. Rather than its original purpose, Foursquare now operates the way that Yelp does.

In fact, it’d be a pretty great Yelp competitor if it had launched at the same time as Yelp. The new interface is smooth and the way it recommends places is more efficient. However, the problem is that Yelp has been around for the better part of a decade and has had the time to establish itself as the go-to business review and recommendation website. It’s going to be very tough for a new competitor to edge their way in, even with a familiar name like Foursquare. On the other hand, there’s still a larger market for a potential Yelp competitor than there is for what Foursquare originally did.

There have been very mixed opinions in the media regarding the changes to Foursquare. The small but loyal user base of the original Foursquare is angry that the gamification that originally made Foursquare popular has been entirely removed. The Mayorships and point systems have been eliminated and many argued that these features were what made Foursquare fun to use in the first place.

Even Swarm, which has taken over the check-in aspect of Foursquare and was just released on Windows Phone, does not feel like a game that could be played among friends like the original Foursquare did. However, some sources believe that Foursquare as a recommendations device is objectively better than Yelp, which means that the former social networking app may still have some room to grow. 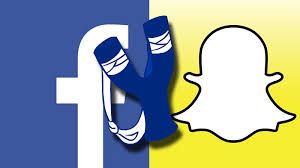 You may recall that I discussed the launch of Slingshot back in June, which was another of the many, many Snapchat competitors that have been launched since Snapchat’s enormous surge in popularity over the course of the past year, this one being run by Facebook. Upon its release, social media blogs were largely skeptical about whether or not people would embrace Slingshot, and for good reason. Slingshot effectively worked this way: a user sends a photo a friend, but that friend could not unlock the photo until sending their own photo, creating an infinite, confusing loop that would make it impossible to have a photo-based conversation.

To many, including myself, Slingshot’s primary difference from Snapchat simply didn’t make any sense, and this is a feeling that was generally ubiquitous across its user base (which, of course, pales in comparison to the user base that Snapchat has been able to boast). Thus, it was really no surprise when Facebook updated Slingshot to remove this odd feature completely, so that any photo, video, or text message can be immediately replied to.

In addition to removing the oddness that made Slingshot ineffective and unusable, they have also added a ‘My People’ feature, allowing one to see everyone that they are ‘slinging’ with. This is a feature that seems to bring the application even closer to Snapchat. In fact, right now, since they removed the initial feature that separated Slingshot from Snapchat, I’m not sure what makes Slingshot any different, apart from some aspects of the interface and design. Considering Instagram (who are also owned by Facebook) launched their own Snapchat-clone called Bolt just recently, I find it unlikely that Slingshot stands much of a chance at remaining in the competition.