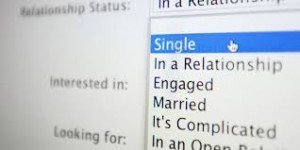 Facebook is for sharing important moments of your life with the people who mean the most to you. Unfortunately, when you want to get someone out of your life, it can be much more complicated to eliminate them completely because of social media. This is because social media sites, like Facebook, use predictive software to help people when tagging friends in pictures and suggesting posts that might be of interest to someone. After a break up, this predictive software can become very frustrating as it constantly tries to push your ex to the top of your news feed.

Since many Facebook users have complained about the way that they interact with their ex via the social media site, Facebook has decided to try out a new tool that will give users a lot more control of what they see of their ex. When a person changes their relationship status, they will be prompted to select how they want to limit interactions with their ex. The tool will enable Facebook users to limit how these exes show up in their News Feed and will stop the programs from suggesting these individuals to tag in photos.

In addition to altering the way that people can see their exes on Facebook, the tool also allows users to edit what their exes see of their posts. People will be able to avoid having their exes see certain posts that they make without blocking them from seeing all of their posts. They can also edit past posts to remove tags of exes either all at once or by editing each one individually so that they chose how much of the past relationship is still available on Facebook. All of the features are completely private and exes will not be notified of the decisions that the other person makes when using this tool.

For now, the feature is being launched in the US for mobile devices only. Facebook is hoping to gather feedback on how the tool works for individuals so that they can decide if this is a feature to make a more permanent part of the social media site. Facebook’s goal is to respond to some common problems that people had in the past when breaking up with people. Many users didn’t want to unfriend or block their exes on Facebook, but still wanted to have a way to limit what they saw of their ex and what their ex saw of them. The hope is that users will be able to use the tools to make it so that they are able to end relationships easily and have more control over what they see of their ex on Facebook. 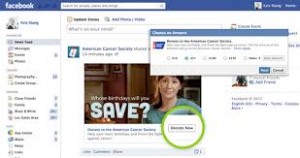 Facebook is striving to help nonprofit organizations by improving their previously adopted “Donate” button. For a while now this button has appeared on the home pages for various nonprofit organizations that are trying to raise money for their cause. Facebook recently decided to try expanding the use of the “Donate” button to allow organizations to add it to posts that would show up on the News Feed of Facebook. This is considered to be the latest way that Facebook is trying to connect its users with philanthropic efforts.

While this new tool is just starting to be tested, many people are already becoming concerned about how the tool will be used. Some people worry about the way that this kind of a tool can be used to collect credit card information and how this information might be used in the future. Others are more concerned with the way that less reputable charities might be able to encourage donations without Facebook users really doing research on the charities. The worry is that spontaneous donations via a Facebook News Feed may not really end up going to the charities that deserve them the most.

Right now, the feature is only in its test phase of development with 37 charities trying out the new feature while Facebook perfects it. Already three different charities have launched fundraisers using the new tool to help with their seasonal campaigns. People will be able to donate using the button and also share the fact that they donated with friends to encourage others to give as well. The success of these early campaigns will give Facebook a better idea of how well the tool works. 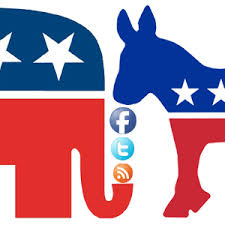 Since more and more people use social media on a daily basis it is becoming increasingly important for presidential hopefuls to interact with voters through the different social media platforms. Politicians use social media presence to provide voters with information about their views and to connect with younger voters who are less likely to tune in to presidential debates. They can also use information on social media to see the way that opinions over certain issues and hot topics of debate are viewed by the general public. Since social media has a growing influence in people’s lives, it is becoming a platform that politicians can use to interact with voters.

Some might feel like the politician with the most followers on Twitter or friends on Facebook, is the one most likely to secure more votes, but it isn’t that simple. Since people follow not only people that they actually agree with, but also accounts that are entertaining, it is likely that many followers and friends on Facebook and Twitter are actually looking for statements or possible slip ups that they can then share. In many cases, these items are shared along with sarcastic commentary to show the opinion of the person sharing the post. This means that in many cases the number of followers does not help anyone predict how many votes a candidate might obtain.

In the past, social media has been shown to give a positive boost to campaigns for different individuals. Many people would agree that President Obama was able to secure much of the younger vote at least partially because of his social media campaigns prior to the 2008 and 2012 elections. However, it isn’t about getting followers, but instead actually expressing opinions and interacting with voters. People are more likely to be able to communicate with politicians on a personal level over these platforms. Supporters of the candidates can also push information about the views of the candidate that they like the most, giving candidates an extra boost. For example, the supporter created hashtag for Bernie Sanders, #FeelTheBern, became a big deal on Twitter. This hashtag spreading information about the candidate, while requiring little effort by the politician himself.

While campaigning on social media is no doubt important, there have been many slips and failures throughout the time that politicians have been using social media as a campaigning tool. When Jeb Bush tried to start the slogan “Jeb Can Fix It”, Twitter users attacked the slogan, relating it to suspicions of his involvement with the voting scandal in 2000. Social media may be helpful to some candidates, but when something goes wrong with a campaign, social media makes it so that more people are more likely to hear about it. Campaigning in the age of social media has risks and benefits that were previously unheard of.