There was quite a bit of speculation going on back in June, where a number of reports were stating that Facebook was working on launching something big. In particular, all signs were pointing to a massive update to Facebook’s subsidiary photo-sharing social network Instagram: this update would allow for video sharing on top of photo sharing, likely in response to Twitter’s exceedingly popular Vine mobile application.

The speculation turned out to be correct when Video on Instagram was launched on June 20. Instagram’s new video app allows for video clips from three to fifteen seconds long, a variety of video filters, and the ability to arrange clips together to create videos with more focus. Some media sources are saying that it’s very similar to Twitter’s Vine app, only with more features and a more intuitive interface. The application was launched simultaneously on iOS and Android, following shortly after Vine’s recent release on Android.

Knowing that Video on Instagram was on the horizon, it is unsurprising that Twitter teased new Vine features on the day that Facebook’s competing application was launched. The co-founders of Vine released some videos that showed off new features and enhancements to the user interface that will be coming soon to Vine. They intend to bring the ability to create and save drafts of videos before sharing them as well as standardized categories for videos instead of a primary focus on hashtags.

Regardless of Vine’s new and improved interface, it is likely that Video on Instagram will give them a run for their money. At the very least, it is likely that the two competing social networks will be pushed to innovate more and introduce new, interesting features that separate themselves from one another and force users to make a choice about which they think is best when it comes to instantly sharing miniature videos.

Be Careful What You Put on Your Social Profiles 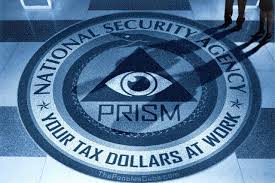 Internet privacy has been a huge issue in the news lately, and for good reason. With the massive amount of information we all offer on the Internet, through social networks, blogs, personal websites, and other venues, it’s no surprise our privacy has become a bit muddled. We oftentimes trust that no one other than our ‘friends’ (thanks to the language used by many of these social networks) will be able to see our information, but this is not always the case. When you look at your ‘friend’ list on Facebook, you may forget that some of the people on there are not your friends at all.

Furthermore, there are ways that information can be accessed without even being friends with someone. If it’s on the Internet, there are often ways to get to it. A few months back, this was something that came under some scrutiny when a ‘super search engine’ known as RIOT was uncovered. The purpose of RIOT (Rapid Information Overlay Technology) was to search through Facebook, Twitter, Foursquare, and other social networks in order to get information on terrorism suspects, particularly in regards to their recent locations and activities.

Many people believed that the RIOT software went too far and was a violation of American constitutional rights to privacy. There have been similar complaints, albeit to a much grander scale, upon the recent information regarding the NSA surveillance program known as PRISM. The controversy behind PRISM similarly stems from the government being able to monitor people’s actions on the Internet. Supposedly, PRISM allows the United States government to dig into e-mails, social networking details, photos, videos, and much more.

While the PRISM controversy still builds, social networking privacy has long been an issue on a smaller scale. While websites like Facebook and Twitter provide a number of customizable privacy options, it is still recommended that one double-checks the things they say before one posts those things on the Internet. These days, people are regularly fired for the things that they post on Facebook and Twitter and it is becoming a well-known fact that companies tend to snoop on potential employees’ social networking pages during the hiring process. With all this being said, be careful what you post on the Internet, because once it’s out there, there’s no getting it back.