Could Google Plus Be Making a Comeback? 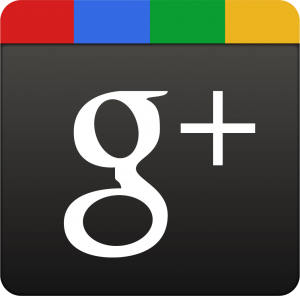 that the previously written-off social network launched by Google in June 2011 might be making a resurgence. A study focused on the December 2012 activity of social network users suggests that Google Plus is in second place to Facebook in terms of active users, with YouTube and Twitter coming in at third and fourth place, respectively. Of course, the leniency in which one defines an ‘active user’ is quite broad and though Google Plus boasts 343 million active users, it is clear that the 693 million active users on Facebook are much, much more active than those on Google Plus.

Regardless, this information is still interesting and could be used as proof that Google Plus might not be as much of a failure as many people believe it to be. One blogger suggested that Google Plus has been ‘playing the long game,’ as it continues to experiment with new functionalities and has cited its video chat function (known as Google Hangouts) as particularly innovative, due to its ability to seamlessly run live chats with up to ten people, taking a large step past other video chat services such as Skype. In addition to this, its connectivity with other Google properties such as Gmail, Google Voice, and Google Chrome is also being praised.

Indeed Google Hangouts have been taken more seriously in the past few months. President Obama has hosted two Google Hangouts after the State of the Union in 2012 and 2013 and other members of the Obama administration have also used this feature of Google Plus. Similarly, NASA recently hosted a Google Hangout from the International Space Station, which was used to allow other users to ask questions to astronauts.

Other recent updates to Google Plus, such as the ability to use animated GIFs as profile pictures, a feature that Facebook lacks, might also be representative of the continued evolution of Google Plus. Though the numbers that have been recently presented regarding Google Plus’ ‘active users’ may be misrepresented, it’s still interesting to note that Google Plus is still being taken seriously by a number of sources, including the White House and NASA.

Perhaps it will only be a matter of time before Google Plus starts to become a genuine competitor to Facebook. In the meantime, however, as someone who doesn’t care much for video chat, I’ll be sticking with Facebook until Google Plus provides me with a function that makes it truly worthwhile to make the switch.

Social Media and the Job Market 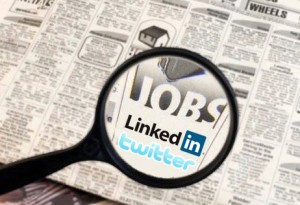 onsidering how prevalent social media and social networks now are in the average American’s day-to-day life, it is fairly unsurprising that their presence has bled over into the job market in a number of ways. For starters, social media is now a dominant way that people can seek out new jobs, through useful social networks such as LinkedIn, which focuses on building one’s professional network in the same way that Facebook is generally used to build one’s personal network. There are many ways that LinkedIn can help connect people to new jobs, as employers are encouraged to feature new job postings on the social network as well.

LinkedIn is no longer the only social network that can claim to help its users get jobs, however. Though Facebook’s purpose has never been to assist its users to seek out jobs in the way that LinkedIn does, a study recently determined that people who regularly engaged on Facebook found jobs much faster than those who did not. Additionally, this study also suggested that stress levels were increased by people who talked about a recent job loss on Facebook, due to receiving comments from friends and family members asking how the job search was going or offering unwanted advice.

The study specifically suggested that, after losing one’s job, those who spoke more than average with their ‘strong ties’ (close friends and family) were twice as likely to find a new job within three months than the average user. Comparatively, those who talked more to their ‘weak ties’ (acquaintances) were half as likely to find a new job as the average user. This is perhaps because people do not reveal their lack of employment to those they do not feel close to or instead that job openings are not mentioned by mere acquaintances the way they might be by close friends.

But using social networking websites themselves are not the only way that social media is affecting the job market. Now that social networks like Facebook and Twitter are being used by companies and corporations for advertising purposes, many jobs revolving around social media are being developed on a regular basis. It has gotten to the point where certain universities such as Newberry College in South Carolina are even beginning to develop undergraduate majors for social media. People taking these courses will learn marketing and branding techniques regarding the modern usage of social networks. Though at first glance, this may seem a little silly, the fact is that there are thousands of social media jobs out there and the industry is only growing as social networking websites continue to become more popular. 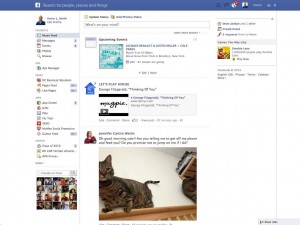 March 7, Facebook announced a new version of its News Feed – known as one of the ‘three pillars’ of Facebook alongside Timeline and Graph Search – and the thesis statement of this announcement appears to be that Facebook is looking to cut down on clutter. Essentially, the update to the News Feed will allow Facebook users to easily change what information they are viewing on their News Feed. The company has likened this ability to turning pages on a newspaper.

In addition to these ‘pages,’ there will also be other design choices made to the new Facebook. Some sources have suggested that this redesign makes the web version of Facebook look a lot more like the exceedingly popular mobile version of Facebook, which is likely due to the focus on simplicity, considering the mobile version of Facebook is also less cluttered, out of necessity. In the new design, photos have been made larger and navigation options have been slimmed down. These changes sound great for most Facebook users, but the fact that users will be able to more easily filter certain posts out may be a hindrance to companies that rely on Facebook for marketing, similar to how DVRs have affected television commercials.

That’s how it looks at first glance, anyway. In actuality, some are reporting that the very reason that Facebook is receiving a redesign in the first place is to effectively include more advertising, allowing more space for ads and more ability to properly personalize those advertisements. Considering how there is often a bit of backlash every time Facebook chooses to redesign their website, followed by eventual acceptance and forgetting what the previous design looked like, one can only wonder how much backlash there might be to a redesign that’s being done particularly to include additional potentially invasive advertisements. 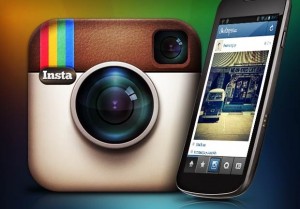 In early 2012, only a year and a half after the initial release of Instagram, the company was purchased by Facebook for a whopping $1 billion. Some suggested that this purchase was made because Instagram was succeeding in the photo-sharing business in a way that Facebook had attempted and ultimately failed at. By making this purchase and allowing Instagram to be an integral part of Facebook (though not fusing the two social networks together), Facebook and Instagram have enjoyed a nominal amount of success together.

Though it may be surprising to some that a social network is able to take off into having 100 million users in a matter of two years, this is simply the fast-paced technological world that we now live in. In fact, looking at previous major social networking websites such as Myspace and Facebook, it usually took roughly two years to report these sorts of numbers in regards to their user base. In fact, Facebook hit its first million users – and this was years before easily-accessible mobile apps and the overall popularity of social networking – in roughly ten months.

With Instagram continuing to grow, and under the wing of Facebook at that, it has clearly made itself a name as one of the most popular and resonant social networking websites of all time. Though there were recently some troubles regarding an update to the website’s terms of service, in that it was mistakenly implied that the company would be able to sell images uploaded to Instagram to outside parties, that trouble does not seem to have majorly hindered the growth of the social network. In years to come, it is likely that Instagram will see an even larger base. Unless some hot new social network knocks it out of the water like Facebook did to Myspace, that is.