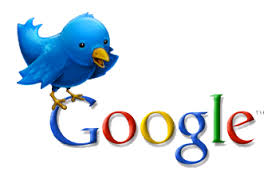 One of the best ways for social networks to move up in the world is to pair themselves with the major search engines. Many of the larger social networks have some kind of history working with Google or Bing in different capacities. This is something that Twitter has recently been doing, as new features have been announced that directly implement aspects of these search engines. When it comes to Bing, Twitter has paired up with the search engine for translation reasons.

On the Twitter website, as well as in the mobile apps, users can now easily translate any tweet in a foreign language to the user’s default language. Though the translation tool is not perfect, it’s still a step up from not being able to read foreign tweets at all. Bing is not the only search engine that Twitter has found themselves recently pairing with, however. There has also been a deal made between Twitter and Google, which will ultimately allow tweets to appear in Google searches.

Yahoo and Bing already offer the ability to show tweets in their searches, but this will allow Google to have the same benefits. Twitter and Google had an agreement that was similar to this in 2009, but it was discontinued in 2011, around the same time that Google Plus launched. Google pairing themselves up with Twitter again may be yet another sign that they’re gradually removing support from Google Plus, which has been circling the drain for a while now. 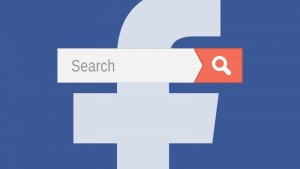 Facebook and Microsoft have had a long-standing relationship, which for quite some time has led to Facebook including Bing results in the Facebook search bar. Similarly, searching in Bing would allow Facebook users to find results from their friends. However, it appears that Facebook has been making some changes regarding the way their search function works. In particular, it looks like they have removed Bing from the equation, without fanfare.

One of the reasons that Facebook worked with Bing in the first place was because it has long considered Google to be a rival, especially with Google’s mostly unsuccessful plunge into social network territory with Google Plus. What this means for the future of the partnership between Facebook and Bing is currently unclear, though it is likely that these changes have been made in relation to Facebook’s new search functions, which I talked about last week.

From Twitter users split on Apple’s new iPad, to which social media and search engine’s Kathy Griffin likes, this is a look at iePlexus’s Social Media News Brief. END_OF_DOCUMENT_TOKEN_TO_BE_REPLACED

The most recent report from Nielsen, shows that Google continues to dominate the search engines, but the most surprising news, is that they are gaining more users. The report documents the top 10 search engines for the month of December.  Google took 67.3% of those searches.  That’s nearly 6.7 billion people searching Google, compare that to only 1.4 billion on Yahoo!, which followed Google with only 14.4%.   That’s a drop from November, when Yahoo took roughly 15.3% of searches.  That’s close to an entire percent, which is drastic in terms of search.  Bing dropped to 9.9% of all searches, which is down from 10.7% in November.  It looks like those users went over to Google, since in November Google only had 65% of searches in November but jumped 2.3%.  END_OF_DOCUMENT_TOKEN_TO_BE_REPLACED

From Rupert Murdoch teaming up with Mircosoft, to celeberating TweetsGiving this is what happened this week in the world of social media and on the world wide web.  END_OF_DOCUMENT_TOKEN_TO_BE_REPLACED

It was just two weeks ago when News Corp CEO Rupert Murdoch said to Sky News Australia that he wanted to take News Corp websites off of Google.  This week, Microsoft has teamed up with News Corp to remove the sites from Google.  And at the same time, Murdoch paid Microsoft to include their results on their search engine, Bing.  END_OF_DOCUMENT_TOKEN_TO_BE_REPLACED

Here’s a look at some of what happened this week in the world of social media and elsewhere on the Web.

-It should be no shock that MySpace is losing users, but now the company is in jeopardy of losing nearly $100 million.  In 2006, MySpace made a $900 million deal with Google that would allow the search engine to be the exclusive search advertiser on MySpace, which at the time was the most used social networking site.  The site is coming dangerously close to maintaining a minimum traffic level, which could break the deal with Google. In the past three months, MySpace’s page views have dropped 22.75 percent.  END_OF_DOCUMENT_TOKEN_TO_BE_REPLACED Late last night, the developers at Microsoft’s MSN, which is one of the most visited sites on the net according to Compete.com, rolled out a preview version of it’s new website design.

Since August 1995, MSN.com has offered visitors a look at some of the latest headlines from around the globe, a look into the entertainment world, a place to check out new items to purchase and has even offered its own search engine. The preview of MSN’s new website, is much more clean-cut, and has more of a modern feel.  The site will offer the same sections as it currently does but will primarily focus on videos, a new section to keep you updated on your social media feeds, and bring more local customizations to the homepage.  END_OF_DOCUMENT_TOKEN_TO_BE_REPLACED

-The Web 2.0 Summit took place this week in San Francisco. Some of the biggest news from the event came out on Wednesday.  Both Microsoft and Google announced they would be teaming up with Twitterto bring real-time search updates to the search engines.  Microsoft’s Qi Lu first announced that Bing.comwould be getting get the real time twitter searchs updates, up on their site, which happened just minutes after the announcement.  Twitter’s blog said that they want to make twitter a search tool to help find people what they need in current time. Surprisingly, just a few hours after Microsoft’s big announcement, Google announced they would also be teaming up with Twitter to bring real-time search.  Neither of the companies would release the financial terms of their deals but are expected to bring more traffic to the search engine sites. There are also rumors the sites are trying to team up with Facebook as well. To watch the announcement’s in their entirety, visit Web 2.0 Summit’s website. END_OF_DOCUMENT_TOKEN_TO_BE_REPLACED 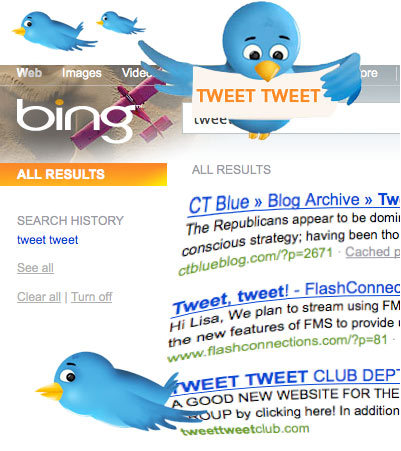 Qi Lu, Microsoft’s Online Services President, announced at the Web 2.0 Summit today, that Microsoft’s new engine, Bing, has stuck a non-exclusive deal with Twitter.  The deal is an important one because it will be the first search engine to bring in real-time updates.  It is also important because there have been reports that Google, Bing’s biggest competitor, has been in talks with the social networking site, and hasn’t been able to come up with a contract.  Many Internet users are saying that this is a “big-blow” for Google.

Twitter updates have been available for search on Bing for quite awhile now, but today will be the first time, Bing users will be able search keywords and watch real-time tweets from Bing’s website.  Lu also said that this will open up many opportunities for future business deals among business’s world wide.    END_OF_DOCUMENT_TOKEN_TO_BE_REPLACED